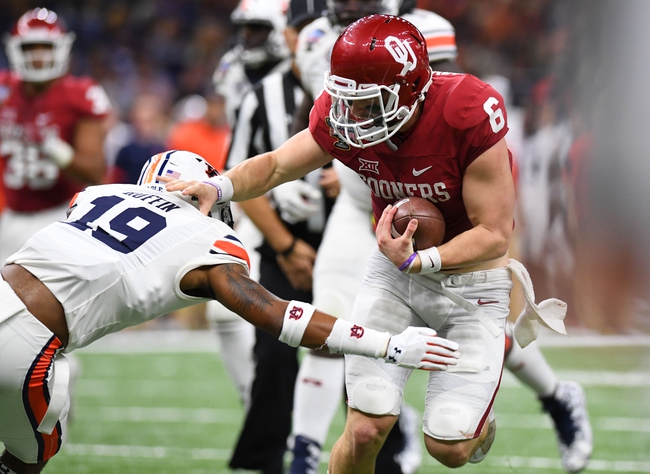 The Oklahoma Sooners host the UTEP Miners in the college football opener for both squads.

The UTEP Miners were not a factor in the CUSA West as the team struggled on both sides of the football. The Miners simply didn’t do much offensively at 26 points on 369 yards with a solid rushing attack producing 186 yards. Defensively, Texas El Paso allowed 35 points on 419 yards and were lackluster against the run with opponents running for 210 yards. With over 1,000 passing yards over the second half of 2016, Ryan Metz will be under center for the Miners in the opener at Oklahoma but backfield mate Aaron Jones has departed and that leaves Kavika Johnson to shoulder the load on the ground. The Texas El Paso receiving corps lost most of their big play weapons with Kavika Johnson and Warren Redix the only returnees of consequence. The UTEP ground game gets a boost with a big, veteran O-Line to run behind but the offense is a wait and see what happens deal.

The Oklahoma Sooners will be looking to be a factor on the national scene after a hefty 11-2 record in 2016. The Sooners were monsters offensively with 44 points on 555 yards with top 20 rushing and passing attacks riddling opposing defenses. The OU defense allowed 29 points on 432 yards so this unit was more then good enough to help balance a potent attack. With the retirement of Bob Stoops, Lincoln Riley takes over an Oklahoma program overflowing with expectations. Riley has Heisman contender Baker Mayfield under center with Kentucky transfer Jeff Badet and Jeffery Mead becoming the top targets amongst the receiving corps. Abdul Adams and Rodney Anderson will provide the punch on the ground especially with an offensive line loaded with possible all conference linemen clearing the way.

There isn’t any doubt who wins this game big, but the Miners have enough ability to cover with all the points and does Oklahoma feel the need to win by more then six touchdowns to prove themselves?