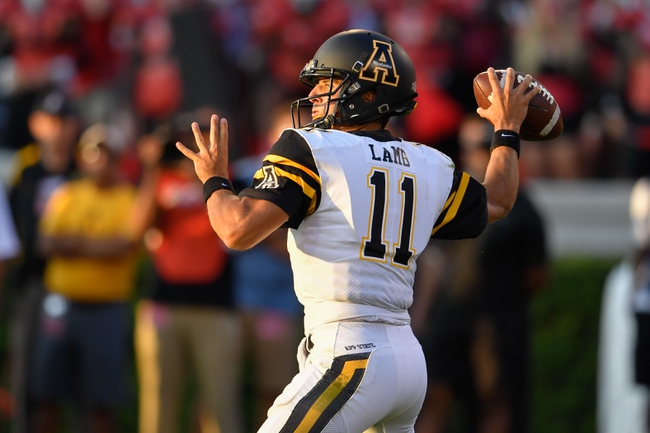 The Savannah State Tigers go on the road to open their college football schedule at the Appalachian State Mountaineers.

The Savannah State Tigers begin the 2017 slate with hopes of improving on their 3-7 record of a season ago. If that is to come about the Tigers will have to be more successful on the road as the team went winless away from home. Even though the Tigers defense allowed almost 31 points per contest, it was the offense that needed to move the chains and eat more clock while finding the endzone a bit more. The Tigers averaged less then 128 passing yards and found no relief on the ground with less then a 100 rushing yards for 14 points per game. Savannah State will looking to quarterback TJ Bell for an improved passing game after throwing for 762 yards and running for over 300 yards a year ago. The Tigers will look to vastly improve the running game and Uriah Oliver and CJ Cole could provide some pop while Cameron White and D’Andre Snead impressed at wide receiver in the fall.

The Appalachian State Mountaineers are looking for win number one of many in 2017 when the Savannah State Tigers visit on Saturday. The Tigers have not been shy about facing top tier competition in the past but they bit off more then they could chew in a 31-10 road loss to the Georgia Bulldogs in the season opener for both squads. The Mountaineers have ability on both sides of the football but it didn’t surface offensively the Bulldogs holding a 368-284 yardage edge. With Georgia quarterback Jacob Eason out early on, ASU picked off a pair of passes but could not get the run or passing game going. Appalachian State quarterback Tyler Lamb connected on 18-27 for 128 yards and scored on a 20 yard run in the 4th. Lamb also led the Mountaineers on the ground with 66 yards on ten carries but the offense was unusually quiet.

If Appalachian State decides to get their offense some much needed confidence after week one’s struggles this team could name their score. Don’t know if the Mountaineers press the issue though…