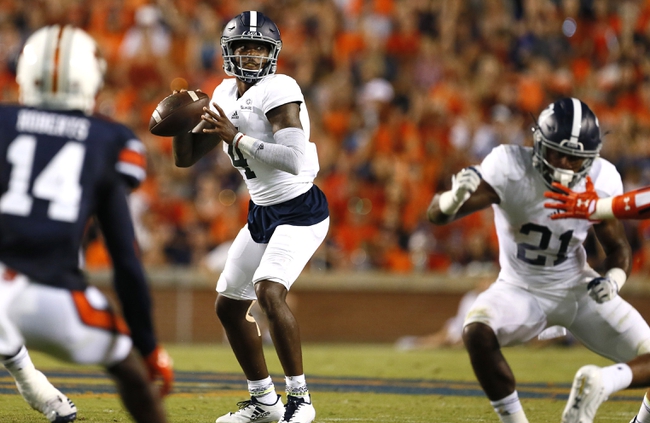 The New Hampshire Wildcats will look to build off of a nail-biting 24-23 win over Maine in their season opener. Trevor Knight led the Wildcats with 158 yards and a pair of touchdowns, completing 19 of his 30 pass attempts while also tossing an interception. Knight also led the team on the ground with 21 carries for 79 yards while Evan Gray used his 18 carries to rack up 74 rushing yards. Malik Love led the team with 96 receiving yard while ending up on the end of a wideout-to-wideout pass for a touchdown, 60 yards from Neil O’Connor. Rory Donovan pulled in a team-high 6 carries for 45 yards and a score, while Nick Lorden added a touchdown of his own in the win. Defensively, a pair of interceptions from Quinlen Dean and Rick Ellison and a forced fumble highlighted an otherwise average performance from the UNH defense, allowing 352 yards of total offense.

The Georgia Southern Eagles will be on the hunt for their first win of the year after falling to Auburn in their season opener by a final score of 41-7. The Eagles had a hard time getting anything going, with Shai Werts completing 4 of 8 pass attempts for just 8 yards and an interception. Werts also had a team-leading 23 carries that he turned into just 16 yards, while L.A. Ramsby led the team with 33 rushing yards on 11 carries. Defensively, the Eagles totalled 3 sacks, an interception and the team’s lone score in the loss, a 22-yard fumble recovery for a touchdown from Tomarcio Reese. Otherwise it was a difficult one to watch for the Eagles’ faithful as their team was outgained by a final margin of 535-78 in terms of total offense.

Georgia Southern has to be a better team than we saw in their opener, even if their play in week 1 didn't instill much confidence. If Georgia Southern can't run away with this one I think the Eagles are in real trouble, so I'll lay the points with Georgia Southern in a game that's probably better left untouched.