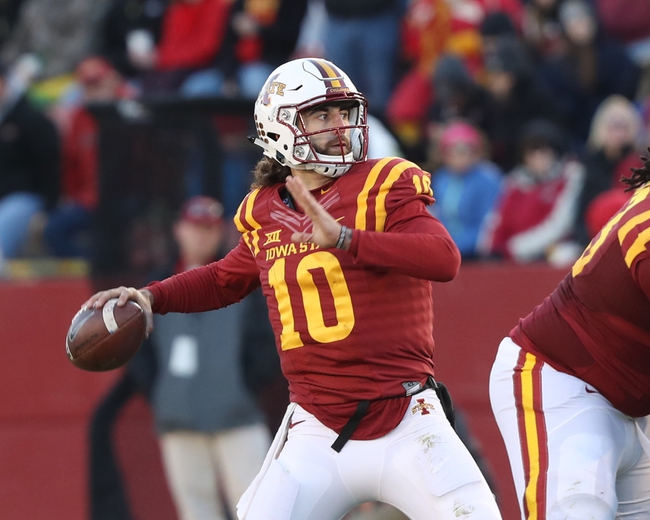 The Iowa Hawkeyes look for a quick 2-0 start after beating up on Wyoming in their season opener. The Iowa Hawkeyes have won four of their last five road games. Nate Stanley is completing 53.3 percent of his passes for 124 yards, three touchdowns and one interception. Stanley has three touchdown passes on 24 career pass attempts. Nick Easley and Noah Fant have combined for 106 receiving yards and three touchdowns while Matt VandeBerg has two receptions. The Iowa Hawkeyes ground game is averaging 138 yards per contest, and Akrum Wadley leads the way with 116 yards on 24 carries. Defensively, Iowa is allowing three points and 233 yards per game. Josey Jewell leads the Iowa Hawkeyes with 14 tackles, A.J. Epenesa has one sack and Joshua Jackson has one interception.

Iowa State has actually won three of the last six games against Iowa, and you can never count out anybody in a rivarly game. However, the Hawkeyes are simply the better team here on both sides of the ball and the defense is what will be the difference in this game. Iowa State scored just three points in last years game against the Hakweyes and was just 3-15 on third down. With the way the Hakweyes looked against Wyoming in their season opener, this will be another contest where the Cyclones struggle to move the football. I'll take Iowa and the low line on the road.