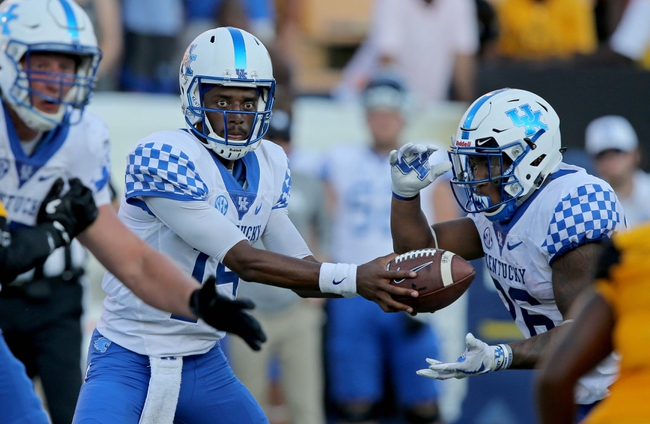 We have a battle in the Bluegrass State as the Eastern Kentucky Colonels take on the Kentucky Wildcats in week 2 college football action.

The Eastern Kentucky Colonels will look for a major confidence win after dropping their season opener by a final score of 31-17 at the hands of Western Kentucky. Tim Boyle threw for 320 yards and a pair of touchdowns on 29 of 46 passing, while the Colonels run game failed to get much of anything going, combining for 54 rushing yards on 20 combined carries. Ryan Markush led the Colonels receiving corps, leading the way with 7 catches for 107 yards and a pair of touchdowns. Neiko Creamer caught 6 balls for 79 yards while Dan Paul and LJ Scott each hauled in 5 passes. Defensively, the Colonels combined for 3 sacks and a pair of forced fumbles, one of which they recovered, but fell short as the Hilltoppers racked up 364 yards of total offense in the EKU defeat.

The Kentucky Wildcats will be looking to put forth a stronger effort in week 2 after narrowly edging Southern Miss by a final score of 24-17. Stephen Johnson put up 176 yards and a touchdown, completing just 11 of his 20 pass attempts, while also calling his own number 5 times for 10 yards and a touchdown. Benny Snell Jr. led the ‘Cats on the ground with 20 carries for 67 yards but also put the ball on the ground, adding a fumble to his stat line. C.J. Conrad far and away led the Wildcats’ receivers, using his 3 catches to rack up 97 yards and a touchdown, while Garrett Johnson was the only receiver for Kentucky to have more than 2 receptions in the win. Defensively, the Wildcats relied heavily on the D to keep them ahead in the game, forcing 4 fumbles and recovering 3 of them in the winning effort despite being outgained 364-254 in total offense.

If Kentucky gets off to the same kind of start that they did in the opening week, and if Eastern Kentucky can establish some form of running game, things could get interesting here. I'm not going out and saying Eastern Kentucky wins this outright, but this is way too thick of a line for Kentucky in my opinion so I'll take a stab at EKU and the points.