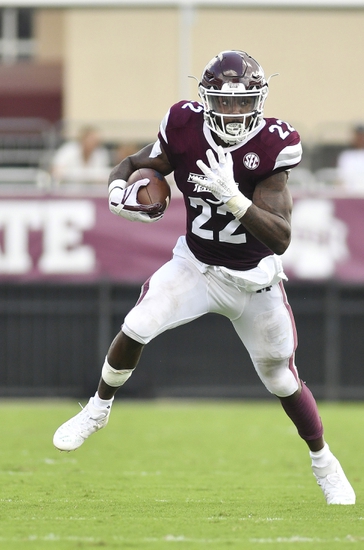 It’s a Battle of the Bulldogs in week two college football action as Mississippi State takes on Louisiana Tech.

The Mississippi State Bulldogs got off to a strong start, winning their opener by a final score of 49-0 over Charleston Southern. Nick Fitzgerald completed 16 of his 29 pass attempt for 239 yards and a pair of touchdowns while also racking up 41 yards and a touchdown after calling his own number 7 times. Aeris Williams led the team in rushing posting 83 yards and a touchdown, while Kylin Hill racked up 62 yards with his 9 carries. Farrod Green led the team with 68 yards receiving while Donald Gray was one of 3 Mississippi State receivers to haul in 3 passes in the win, racking up 57 yards. Deddrick Thomas, Gabe Miles and Jamal Couch accounted for the 3 Bulldog touchdowns in the win. Defensively, a Jeffery Simmons sack highlighted a suffocating performance from the Mississippi State D, allowing just 33 yards of total offense in the win.

The Louisiana Tech Bulldogs had a bit of a rough time in the first 3 quarters of their opener against Northwestern State, but broke the game open with a 21-point 4th, en route to a 52-24 victory. J’Mar Smith completed 18 of 35 pass attempts for 276 yards and a pair of touchdowns while also putting up 72 yards on 10 carries on the ground. Jarred Craft led LT with 86 yards rushing and a pair of rushing touchdowns while also turning his lone catch out of the backfield into a 17-yard touchdown. Jaqwis Dancy also notched a rushing score, while Boston Scott put up 55 yards on 9 carries and also led the Bulldogs in receiving with 4 catches for 55 yards. Rhashid Bonnette caught 2 balls for 45 yards and Smith’s other passing TD. Special teams and the defense played a key part in Louisiana Tech’s win, combining for 3 sacks, 2 interceptions, a fumble recovery for a touchdown and a punt return touchdown in the winning effort.

Mississippi State looked dominant, while Louisiana Tech had to be on upset alert for a little bit in their respective openers. However, when it comes to this game, the Louisiana Tech secondary is suspect, and their offense isn’t as dynamic as years past. That won’t fly against a Mississippi State squad that has a dual-threat QB and potential Heisman candidate in Nick Fitzgerald on the other side, and has a defense that could do some damage if the LT offense can’t get going early. I like Mississippi State to take this one by between 10-14 points, so I’ll lay the touchdown with Mississippi State here.