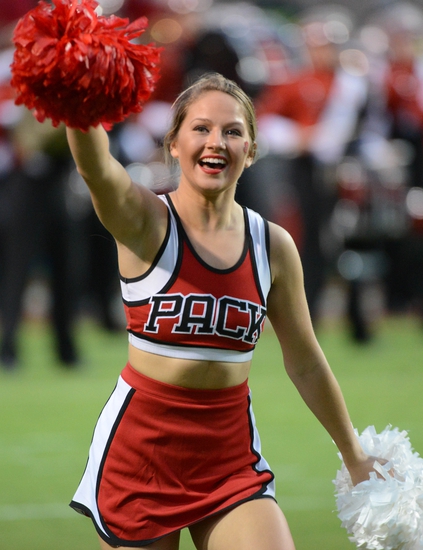 On Saturday, September 9 in Carter-Finley, the Marshall Thundering Herd and the North Carolina State Wolfpack will be meeting up in Week 2 college football action.

Marshall enters this game at 1-0 so far, following a Week 1 victory over Miami (OH) 31-26. In that one, Keion Davis returned a pair of kickoffs for touchdowns, and Chris Jackson posted a 72-yard interception return for another TD. The Thundering Herd were outscored 13-10 in the second half but leaned on a big 21-13 first half to get this one.

Marshall is coming off a 3-9 mark in 2016, going 2-6 in Conference USA play. That resulted in a tie for sixth place in the East Division.

Over on the North Carolina State side, they’re 0-1 on the season so far following a 35-28 loss to South Carolina in the opener. QB Ryan Finely had a nice line in that one, going 45-of-64 for 415 yards and two touchdowns. Kelvin Harmon and Jaylen Samuels combined for 25 receptions, 199 yards and a TD.

The Wolfpack finished 7-6 on the year in 2016, and 3-5 in ACC play. That record got NC State into the Independence Bowl, where they beat Vanderbilt 41-17.

Marshall’s opening-week victory, though exciting, didn’t really tell us a whole lot about the team. A trio of special-teams touchdowns will have that effect. As for North Carolina State, they easily could have—and probably should have—beaten South Carolina, but there are several positives to take away here, especially on offense. I’m taking the Wolfpack for the cover here.