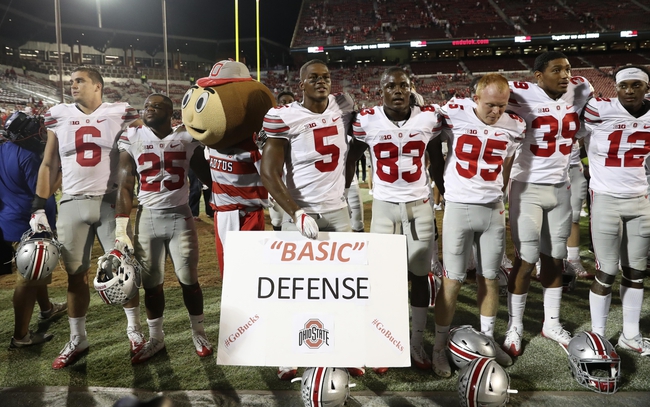 The Oklahoma Sooners look for another victory after rocking UTEP, 56-7, in their season opener. The Oklahoma Sooners have won 11 straight road games. Baker Mayfield is completing 95 percent of his passes for 329 yards, three touchdowns and zero interceptions. Mayfield has two or more touchdown passes in 14 straight games. Mark Andrews and Jeff Badet have combined for 225 receiving yards and one touchdown while Lee Morris has one reception. The Oklahoma Sooners ground game is averaging 180 yards per contest, and Abdul Adams leads the way with 53 yards on seven carries. Defensively, Oklahoma is allowing seven points and 167 yards per game. Ogbonnia Okoronkwo leads the Oklahoma Sooners with four tackles, Marquise Overton has one tackle for loss and Tre Norwood has one pass deflection.

Over the years I've been backing Oklahoma in big games only to be letdown and watch my money burn in flames. I was on Oklahoma in last years game against Ohio State when the Buckeyes dropped 45 points and took the heart out of the Sooners chest. That was the last straw. I now have zero confidence in these Sooners in big games. Sure, the talent is there and Mayfield is one of the top quarterbacks in college football, but they usually choke under the bright lights, and this is one of the bigger games of the season, period. OSU grew up in the second half against Indiana and has an experienced QB who will have his guys ready. I'm going to take the Buckeyes by double digits at home, as I've seen Oklahoma come up small time and time again in games you'd think they'd put up a fight.