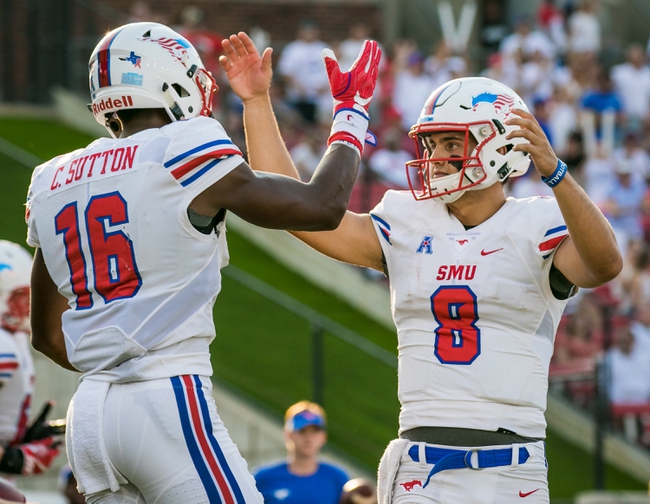 The SMU Mustangs also look to remain unbeaten after beating Stephen F. Austin, 58-14, in their season opener. The SMU Mustangs have lost four of their last six home games. Ben Hicks is completing 47.4 percent of his passes for 112 yards, two touchdowns and zero interceptions. Hicks and Rafe Peavey have combined for three touchdowns this season. Brandon Benson and Trey Quinn have combined for 125 receiving yards and two touchdowns while James Proche has two receptions. The SMU Mustangs ground game is averaging 243 yards per contest, and Braeden West leads the way with 86 yards on six carries. Defensively, SMU is allowing 14 points and 219 yards per game. Mikial Onu leads the SMU Mustangs with seven tackles, Kyran Mitchell has one sack and Jordan Wyatt has one interception.

The SMU Mustangs are very balanced and deep offensively, and they're going to put up video game numbers often this season. North Texas has a defense that gave up way too many big plays last year and has allowed a combined 97 points in its last two road games. The Mean Green looked nice in their season opener, but going on the road and hanging with a very under-the-radar, but solid football team in the Mustangs, is a different story. I like SMU to open this game up and cover the reasonable two touchdown spread. SMU is a talented football team eager to make some noise this season.