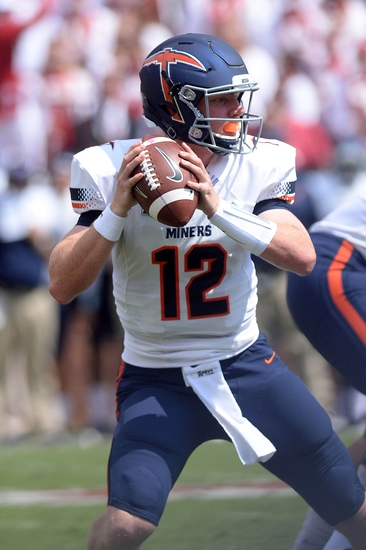 The Rice Owls will be on the road to face the UTEP Miners in a week two college football matchup.

The Rice Owls made a long trip to Australia to begin the 2017 season with the Stanford Cardinal and then made the long trip home licking their wounds after a 62-7 defeat where there was obvious struggles on both sides of the football. The Cardinal racked up 656 yards and were able to both run and throw against the Rice defense. The Owls mustered 241 yards and were unable to consistently move the chains with just 26 minutes of possession while committing a pair of turnovers. The Owls needed a viable passing attack to score points but quarterback Sam Glaesmann struggled on a 7-18 night for 69 yards and an interception. Samuel Stewart was the Owls best offensive performer with 71 rushing yards on 15 touches while catching three passes for another 41 yards. Austin Walter gave Rice their lone touchdown on a 23 yard run in the 4th quarter to avoid the shutout.

The UTEP Miners look to get in the win column against the visiting Rice Owls in a week two bout. The Miners opened 2017 with a 56-7 defeat at the Oklahoma Sooners where the offense never moved the chains and the defense was knocked around in the air. When the final gun sounded it was OU piling up a 676-167 advantage in yards and a 35-11 edge in first downs in a game where UTEP somehow avoided getting shutout. If there ever was a game Texas-El Paso needed to run the ball this was it but Walter Dawn with 56 yards on seven carries including a 17 yard touchdown run in the first quarter was the only success the offense had on the ground. Ryan Metz connected on 10-18 for 56 passing yards but couldn’t get the ball downfield and neither could Zack Greenlee (5-8/31) which explains the Miners 25 minutes of possession. Eddie Sinegal paced UTEP with three receptions for 20 yards but the receiving corps was unable to get open against the Sooners secondary.

Both teams were handled in their respective openers although the competition was far superior as the results show. I personally don’t think either team should be laying points so right now I’ll back the home dog as I wait for a total...