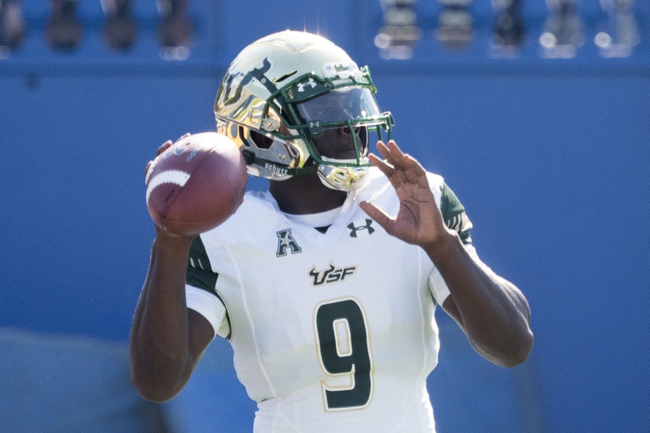 I said last week that there's going to be teams that get no respect from oddmakers and they'll make them look foolish. Illinois is one of those teams this season, and they just beat Western Kentucky outright as eight-point underdogs. Illinois is better than its past reputation and can hang around with these big numbers they're going to get. Yes, South Florida is the better team and has a terrific QB, but it's not like the Bulls have been lighting the world on fire their first couple of games. Even on the road, I'll take my chances with the truckload of points here.