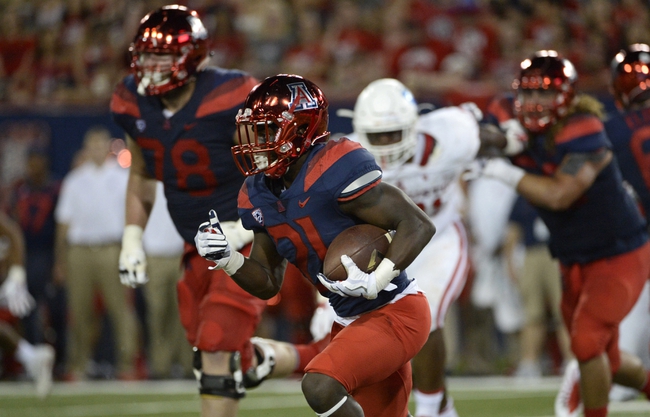 The Arizona Wildcats will travel to the Sun Bowl to take on the UTEP Miners this Friday night in College Football action.

Arizona played Houston tough however, their offense, which generally relies on a solid rushing attack was exposed when the Cougars forced the Wildcats to beat them through the air. UTEP suffered a huge blow when RB Aaron Jones declared for the NFL draft and so far early in the season, it looks as if the offensehas really struggled to find its footing as it currently ranks just 126th in scoring offense. Arizona’s offense shouldn’t have any trouble scoring on the Miners defense and as I was encouraged by the Wildcats defensive performance against a decent Houston offense, I’m taking Arizona to cover this big road spread.