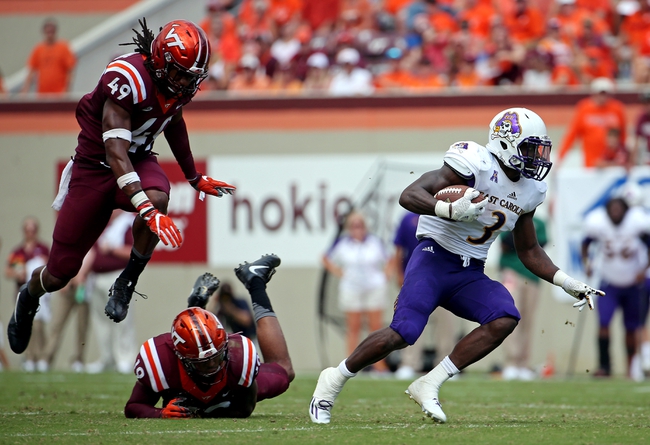 There's no reason to back the East Carolina Pirates in this game based on the way the defense has played the first two games. Only Tulsa is allowing more yards per game this season the Pirates through the first two games. Virginia Tech is still that physical team that gets after it defensively and appears to have an offense now. However, I'm leaning towards the points here. East Carolina has beaten Virginia Tech in two of the last three seasons and will get up for this game as well at home. And while the defense has serious issues, the ECU offense has another gear it can hit to help mask those struggles. I don't love this game, but I don't see the Pirates being that bad. They'll make this somewhat of a game.