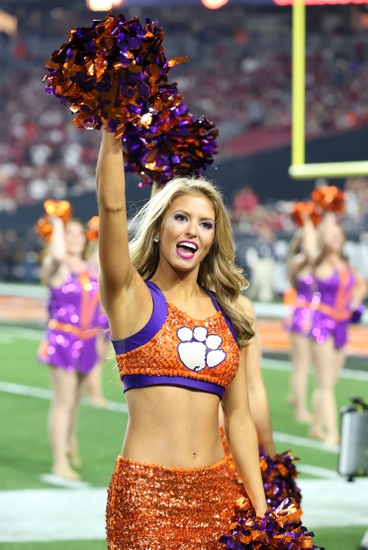 Down at Papa John’s Cardinal Stadium on Saturday, September 16, the Clemson Tigers and the Louisville Cardinals will be meeting up in Week 3 college football action.

Clemson is sitting at 2-0 on the season so far, following a big win over Kent State in the opener and a 14-6 victory over Auburn this past Saturday. Clemson QB Kelly Bryant was great in that Auburn game, coming up with 19-of-29 passing for 181 yards and 19 carries for 59 yards and two touchdowns. Ray-Ray McCloud was tops for the Tigers in receiving with six catches for 81 yards.

So far this year, Bryant has 417 yards with a pick and a TD through the air, and also leads Clemson with 136 yards and three scores on 26 carries. McCloud leads the team in receiving through two games with nine catches for 105 yards.

Over on the Louisville side, they’re currently 2-0 as well, defeating Purdue 35-28 in the opener and North Carolina 47-35 this past Saturday. Louisville QB Lamar Jackson was all over the place in that one, tossing for 393 yards and three touchdowns while also rushing for 132 yards and three more scores on 19 carries.

Through two games, Jackson has 771 yards in the air with five touchdowns and also leads Louisville on 239 yards and three scores on 40 carries. Jaylen Smith is the Cardinals’ top receiver with 300 yards and a TD on 17 catches.

This should be a great game, and a lot of eyes will be focused on both Clemson and Louisville as they battle it out here. Clemson showed off their offense in the opener, then relied on defense against Auburn, while Louisville hasn’t gotten a rock-solid effort from their defense yet (mostly due to their competition) so it remains to be seen what that squad will do. With Jackson doing just about everything for the Cardinals he’ll likely have another big game here. I like Clemson to control the game on both sides on Saturday and eke out a cover in a great matchup.