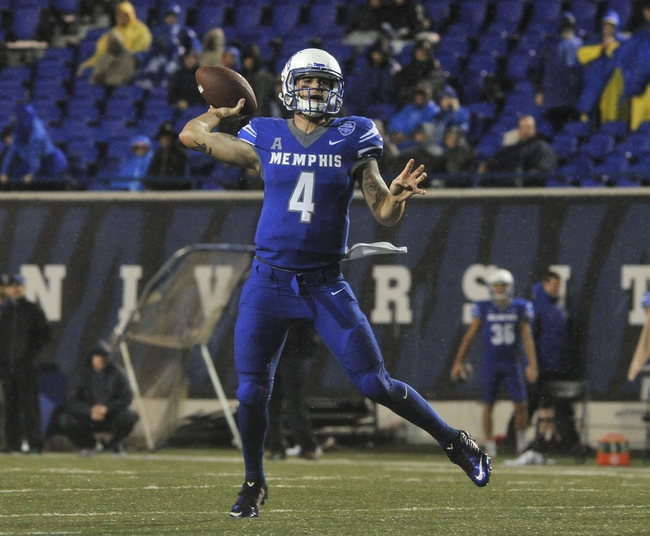 The UCLA Bruins look for their first road victory to build on their quick 2-0 record to start the season. The UCLA Bruins have lost four straight road games. Josh Rosen is completing 67.9 percent of his passes for 820 yards, nine touchdowns and zero interceptions. Rosen has 11 touchdown passes in his last three games. Caleb Wilson and Darren Andrews have combined for 473 receiving yards and six touchdowns while Theo Howard has nine receptions. The UCLA Bruins ground game is averaging 97.5 yards per contest, and Bolu Olorunfunmi leads the way with 63 yards and one touchdown. Defensively, UCLA is allowing 33.5 points and 493 yards per game. Adarius Pickett leads the UCLA Bruins with 15 tackles, Jaelan Phillips has 1.5 sacks and Darnay Holmes has one interception.

The Memphis Tigers look for a statement victory after their game against the UCF Knights was cancelled. The Memphis Tigers have won seven of their last nine home games. Riley Ferguson is completing 40 percent of his passes for 97 yards, zero touchdowns and one interception. Ferguson has eight touchdown passes in his last three games. Anthony Miller and Joey Magnifico have combined for 43 receiving yards on three catches while Phil Mayhue has one reception. The Memphis Tigers ground game is averaging 319 yards per contest, and Darrell Henderson leads the way with 169 yards and two touchdowns. Defensively, Memphis is allowing 29 points and 425 yards per game. Curtis Akins leads the Memphis Tigers with nine tackles, O'Bryan Goodson has one sack and Austin Hall has one interception.

I know some are still iffy about these Bruins, as they got some help from Texas A&M in their season opener and a home victory over Hawaii doesn't exactly prove much. Memphis is a really good offensive team, plays well at home and had an extra week to prepare with its contest against UCF not taking place due to Hurricane Irma. However, with all that said, UCLA is simply the better and more talented team here. Rosen is also finally playing up to his potential, and when he has time to throw the football, he's tough to bet against. This is a long trip for UCLA and the Bruins have struggled on the road in the past, but UCLA should be able to handle it based on the way the offense is firing on all cylinders.