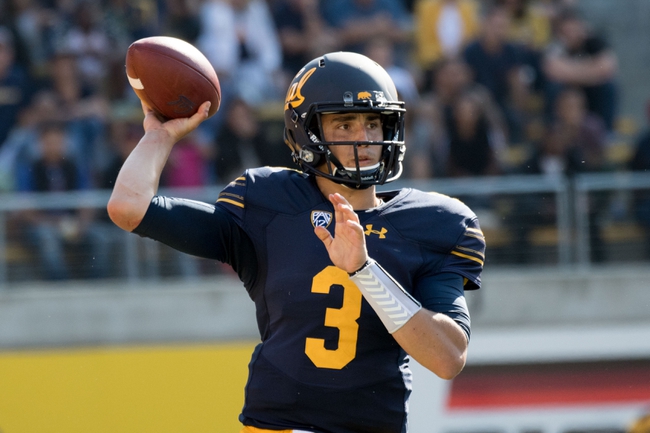 The Ole Miss Rebels look for another victory to start the CFB season with a solid 3-0 record. The Ole Miss Rebels have lost five of their last eight road games. Shea Patterson is completing 76.9 percent of his passes for 918 yards, nine touchdowns and one interception. Patterson has two or more touchdown passes in all five games of his career. A.J. Brown and DaMarkus Lodge have combined for 573 receiving yards and seven touchdowns while D.K. Metcalf has 13 receptions. The Ole Miss Rebels ground game is averaging 78 yards per contest, and Jordan Wilkins leads the way with 65 yards and one touchdown. Defensively, Ole Miss is allowing 25 points and 354 yards per game. C.J. Moore leads the Ole Miss Rebels with 12 tackles, A.J. Moore has one sack and Javien Hamilton has one interception.

The Cal Golden Bears look for a statement victory to start the CFB season with a 3-0 record. The Cal Golden Bears have won five of their last seven home games. Ross Bowers is completing 66.7 percent of his passes for 563 yards, four touchdowns and two interceptions. Bowers enters this game with 66 career pass attempts under his belt. Vic Wharton III and Demetris Robertson have combined for 272 receiving yards and one touchdown while Patrick Laird has three receptions. The Cal Golden Bears ground game is averaging 168.5 yards per contest, and Laird leads the way with 200 yards and three touchdowns. Defensively, Cal is allowing 25 points and 505.5 yards per game. Devante Downs leads the Cal Golden Bears with 18 tackles, Raymond Davison III has one sack and Derron Brown has one interception.

Ole Miss has turned into an offensive powerhouse in its first couple of games, but the defense hasn't exactly been what we're used to seeing the past couple of years. You can move the ball against the Rebels, and that's kind of concerning knowing what we know about Cal and it's ability to light up the scoreboard. The Golden Bears live and die with their offense, and they have the best victory yet between these two teams with an opening week road victory over North Carolina. I'm going to side with the points here in a game that's likely going to be a shootout and a game Cal could win outright.