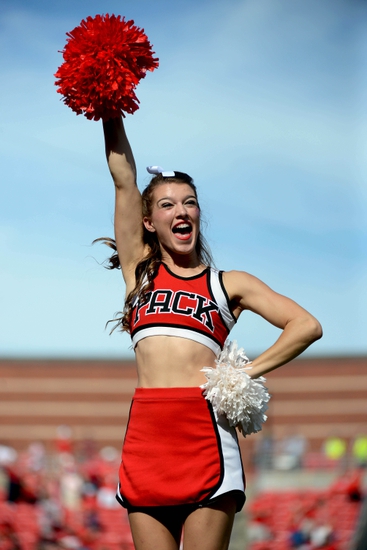 Down at Carter-Finely Stadium on Saturday, September 16, the Furman Paladins and the North Carolina State Wolfpack will be meeting up in Week 3 college football action.

The Paladins are entering play here with an 0-2 record, following a loss to Wofford and a Week 2 defeat by Elon 34-31. In the Wofford game, QB PJ Blazejowski finished 13-of-24 for 224 yards, while Darius Morehead led the rushers on 10 carries for 56 yards. Thomas Gordon pulled down five passes for 107 yards.

In Week 2 against Elon, Blazejowski finished just 5-of-13 but managed 138 yards and a TD, while also leading the Paladins in rushing on 17 carries for 80 yards. Furman scored three rushing touchdowns and racked up 258 yards on the ground as a team.

Over on the North Carolina State side, they’re sitting at 1-1 so far on the young season. The Wolfpack lost 35-28 to South Carolina in the opener, then beat Marshall 37-20 this past Saturday. In that Marshall game, Wolfpack QB Ryan Finley went 29-36 for 341 yards and three touchdowns, while Reggie Gallaspy put up 12 carries for 61 yards and two TDs.

On the season, Finely has 756 yards with five touchdowns on 74-of-100 passing, and Nyheim Hines leads the rushers with 110 yards and one TD on 28 carries. Kelvin Harmon is NC State’s top receiver through two games with 19 catches for 235 yards and one score.

Furman looked pretty bad in their opening game, but the good news is that there are some positives they can take after falling to Elon in Week 2. As for North Carolina State, they realistically should have beaten South Carolina, but didn’t show much hangover from the loss in the Week 2 win. The Wolfpack seems to hold most of the cards here, and I don’t think NC State will have too much trouble covering if the line isn’t crazy.