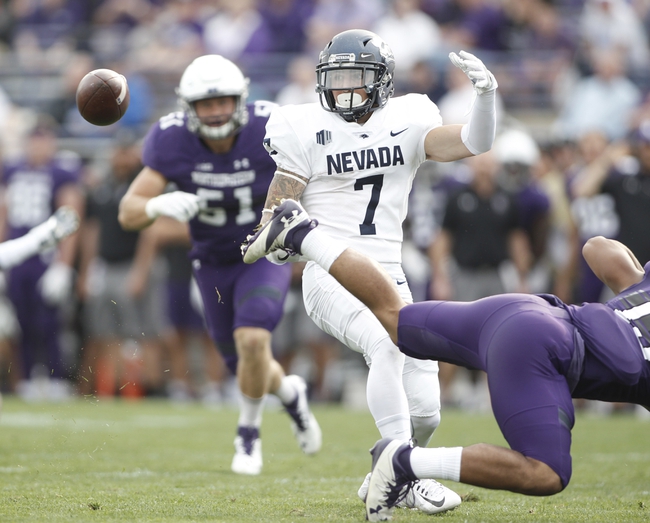 The Idaho State Bengals look for a road upset of the Nevada Wolf Pack in a week three college football bout.

The Idaho State Bengals take the field with their second straight FBS foe when they visit the Nevada Wolf Pack on Saturday. The Bengals had a rough time in a 51-13 defeat at Utah State in week one where the offense couldn’t find the endzone enough while the defensive side of the football couldn’t get enough stops. This was all Utah State who owned a 596-313 yardage edge as ISU couldn’t control the ball and play keep away from a much bigger and faster squad. Ty Flannigan gave Idaho State a viable rushing attack with 106 yards on 25 carries including a two yard scoring run but the Bengals needed much more on the ground. Idaho State turned to the passing of Tanner Gueller to move the chains with some success on a 19-30 performance for 190 yards with a touchdown and a pair of interceptions including a pick six.  Seven Bengals recorded receptions but the passing game was in need of more stretch the field plays.

The Nevada Wolf Pack desperately need a win with the FCS Idaho State Vandals visiting in week three. The Vandals kicked off 2017 with a second straight loss in a 37-24 home loss to the Toledo Rockets as a 10.5 point underdog. Toledo took a ten point lead in to the half and matched Nevada over the final two quarters with 40+ minutes of possession keeping their offense off the field. The Wolf Pack were not able to break anything on the ground and really didn’t try with Jaxson Kincaide leading the rushing attack with a 12 carry, 63 yard performance. Ty Gangi gave the Wolf Pack some decent yardage through the air on 19-37 for 277 yards with a pair of touchdowns and an interception. McLane Mannix was the top Nevada receiver with six receptions for 139 yards and a score followed by Wyatt Demps with 95 yards on another six catches.

The Bengals were never competitive versus Utah State and probably won’t be a whole lot better against Nevada. I’m just staring at a boatload of points and that’s the only reason I’ll side with Idaho State…