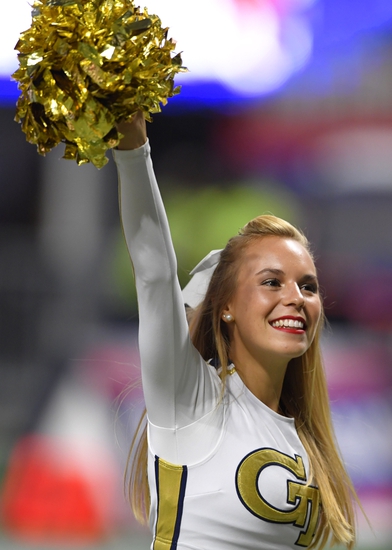 Down in Atlanta at Bobby Dodd Stadium on Saturday, the Pittsburgh Panthers and the Georgia Tech Yellow Jackets will be meeting up in Week 4 college football activity.

Pittsburgh is sitting at 1-2 on the year following a win over Youngstown State and a pair of losses versus Penn State and Oklahoma State. In that most recent game, Pittsburgh QBs Max Browne and Ben Dinucci combined for a 20-of-35 line for 288 yards, a TD and two picks, all threw of which belonged to Dinucci. Rafael Araujo-Lopes was the top Panthers receiver with six catches for 89 yards and a TD.

So far this year, Browne leads the way among Pittsburgh QBs with 338 yards, a TD and two picks, while Qadree Ollison is tops in the running game on 44 carries, 193 yards and two scores. Araujo-Lopes leads the Panthers receivers with 11 catches for 136 yards and a TD.

Over on the Georgia Tech side, they’re 1-1 this season following a two-overtime loss to Tennessee in the opener and a 37-10 victory over Jacksonville State in their last outing. The UCF game scheduled for the 16th was cancelled. In that Jacksonville State game, Georgia Tech QB TaQuon Marshall finished with 232 yards and three touchdowns, while Jerry Howard led the rush on 82 yards and a TD on six carries.

On the season so far, Marshall has 232 yards with three touchdowns, and also leads the Jackets with 57 carries for 274 yards and six scores. Ricky Jeune is tops for Georgia Tech’s receivers on 105 yards and two scores from four receptions.

We haven’t seen a whole lot of diversity in Georgia Tech’s offense yet this year, as Marshall is doing all of the heavy lifting. That was to be expected, but he’s going to need a strong supporting cast if Georgia Tech wants to do some damage on the schedule this year. Still, Pittsburgh has not been impressive in any facet of their game so far, and I don’t see any reason why the Yellow Jackets can’t cover here.