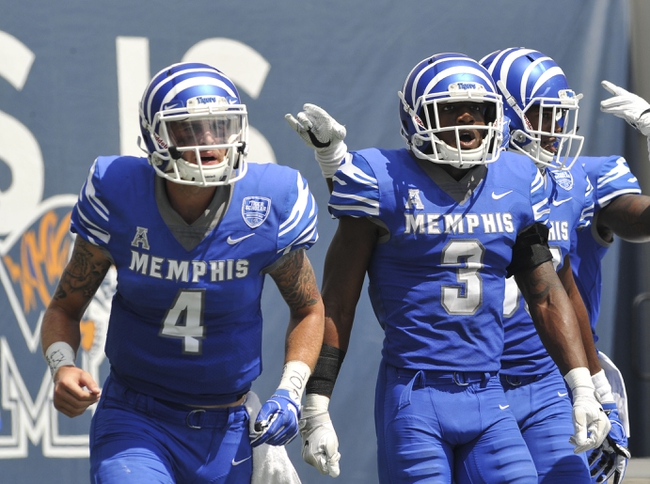 The Memphis Tigers look to improve to 3-0 on the season after beating the UCLA Bruins last week. The Memphis Tigers have won seven of their last nine home games. Riley Ferguson is completing 52.4 percent of his passes for 495 yards, six touchdowns and two interceptions. Ferguson has has three or more touchdown passes in six of his last eight games. Anthony Miller and Joey Magnifico have combined for 311 receiving yards and three touchdowns while Tony Pollard has four receptions. The Memphis Tigers ground game is averaging 240.5 yards per contest, and Darrell Henderson leads the way with 274 yards and two touchdowns. Defensively, Memphis is allowing 37 points and 529 yards per game. Curtis Akins leads the Memphis Tigers with 16 tackles, O'Bryan Goodson has one sack and Austin Hall has one interception.

Southern Illinois has shown it can score and put up impressive offensive numbers, but it's done nothing on the road dating back to last season and that includes losing to a bad FAU team in last years season opener. The Memphis Tigers are coming off an impressive win over UCLA and should be a confident bunch after the offense looked unstoppable. While this is a bit of a letdown spot for the Tigers, a three-touchdown victory isn't asking too much.