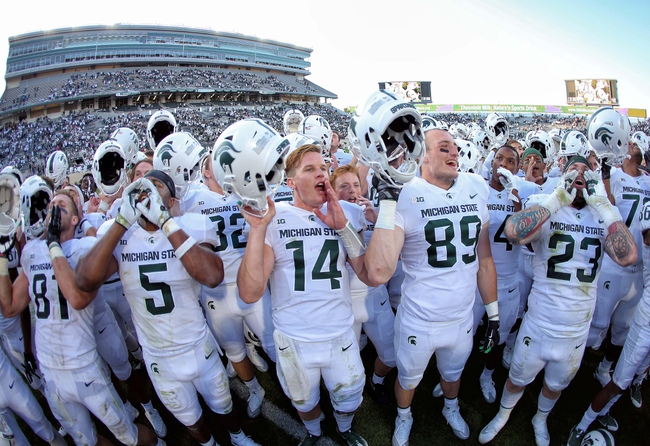 A lot of times I like to guess the line before seeing it to get an idea where my thoughts are with the oddmakers. I was shocked to see Michigan State being an underdog here, and they were an even bigger underdog before the public started to bet the line down. Notre Dame has done nothing to deserve being a favorite on the road against a respectable team, especially after losing at home to Georgia. The Irish continue to stink up the joint in big games and it's getting to the point where people are questioning just how good of a coach Brian Kelly is after all. Michigan State had a brutal season last year where nothing went right, and the Spartans still went into South Bend and won. This year, MSU has that edge back defensively and the offense has shown signs of life. Not to mention a really good coach in Mark Dantonio has had an extra week to prepare. The wrong team is favored here, so I'll be playing the spread and the ML.