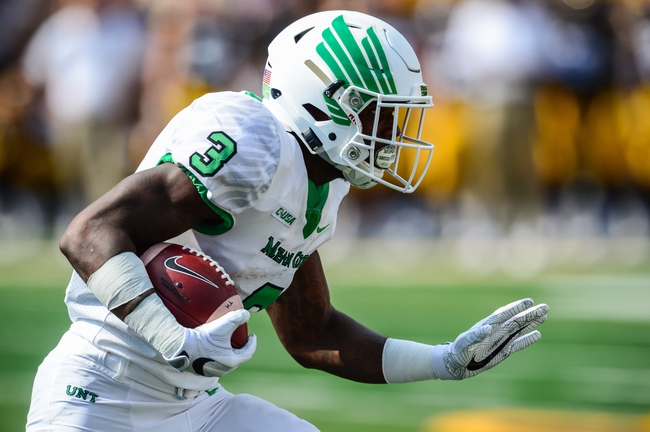 The UAB Blazers go on the road to take the field with the North Texas Mean Green in week four college football.

The Alabama-Birmingham Blazers will test North Texas in a week four visit on Saturday. The Blazers were opportunistic on both sides of the football in a 30-23 victory versus the visiting Coastal Carolina Chanticleers. UAB wasn't great offensively with 274 yards and a turnover but the defensive side of the football was outstanding with the Chanticleers held to 327 yards while throwing a trio of interceptions. Quarterback AJ Erdely didn’t stretch the field in the Alabama-Birmingham passing game with 104 yards on 7-14 with Collin Lisa and Andre Wilson leading the receiving corps on a combined five receptions for 86 yards. The Blazers did their scoring on the ground with Spencer Brown, Osharmar Abercrombie and Erdely combining for 133 yards on 35 touches and five touchdowns. Defense and mistakes were the difference for the Blazers who generally struggled to move the chains.

The North Texas Mean Green welcome the UAB Blazers to town looking for win number two. The Mean Green come off of a 31-10 loss at the Iowa Hawkeyes as a 19.5 point underdog where the offense never established consistency. UNT was outgained 442-305 and only held the ball for 19 minutes yet still held a 14-10 lead at the half before Iowa dominated the final two quarters 21-0. North Texas enjoyed success on the ground  behind Jeffrey Wilson with 95 yards on 12 carries including a 41 yard touchdown burst. The Mean Green did have a short passing attack going  with quarterback Mason Fine completing 16-26 for 167 yards and an interception while Quinn Shanbour went 2-2 for 26 yards with a 13 yard  touchdown throw to Jalen Guyton. Turner Smiley was the biggest Mean Green receiving threat with four receptions for 74 yards  but stretching the field through the air did not happen often enough.