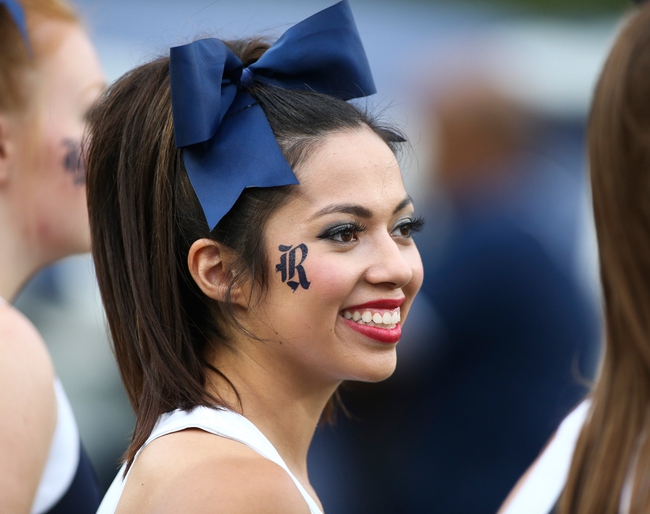 Down in Houston at Rice Stadium on Saturday, the FIU Golden Panthers and the Rice Owls will be meeting up in Week 4 college football action.

The Panthers come into this game with a 1-1 record so far following a loss to UCF in the opener and a win over Alcorn State 17-10 in the second game. Florida International’s scheduled game against Indiana was canceled. In the Alcorn State game, Panthers QB Alex McGough posted 328 yards on 21-of-33 passing, while Alex Gardner managed 102 yards and a TD on 20 carries. Julian Williams also had a nice game with 129 yards on five catches.

So far this year, McGough has 529 yards, one TD and one pick, while Gardner leads FIU on the ground with 122 yards and a score. Williams is the top Panther receiver with his 11 receptions for 178 yards.

Over on the Rice side, they’re currently 1-2 following a loss to Stanford in the opener, a win over UTEP and a loss to Houston this past weekend. In that Houston game, Jackson Tyner and Sam Glaesmann combined for 11-of-25 passing, 113 yards and a pick. Leading the Owls on the ground was Nahshon Ellerbe with six carries and 35 yards, while Jordan Myers had two catches for 30 yards to lead the receivers.

On the season, Glaesmann leads the Owls QBs with 229 yards, one TD and two picks; Samuel Stewart is the top rusher on 156 yards and 33 carries. Stewart is also the top receiver for Rice with nine catches for 103 yards.

Honestly there’s not a whole lot to be excited about in this game if you’re not a fan of either team. Rice’s only weapon this year is Stewart, and he couldn’t do much at all in the Houston game (24 total yards). FIU isn’t blowing anyone’s minds right now either, but they do at least have some reliable playmakers on the offensive side. This may end up being an ugly game, but I think the Panthers can grind out a cover. I’ll take Florida International.