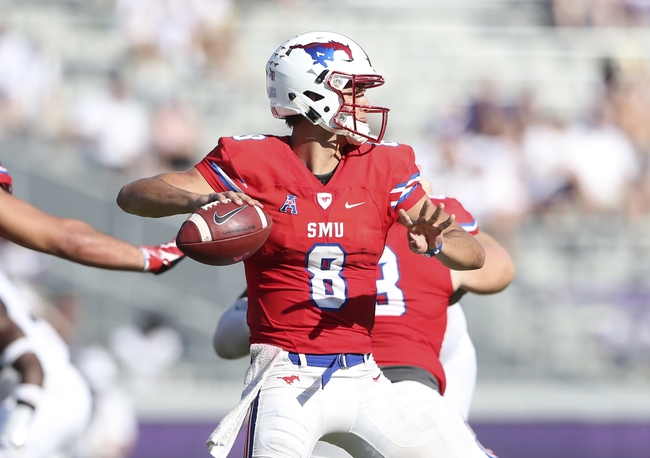 The SMU Mustangs look to remain unbeaten at home and improve to 3-1 on the season overall. The SMU Mustangs have split their last eight home games. Ben Hicks is completing 48.4 percent of his passes for 729 yards, eight touchdowns and three interceptions. Hicks and Rafe Peavey have combined for nine touchdown passes this season. Trey Quinn and Courtland Sutton have combined for 450 receiving yards and seven touchdowns while James Proche has seven receptions. The SMU Mustangs ground game is averaging 155.3 yards per contest, and Ke'Mon Freeman leads the way with 151 yards and three touchdowns. Defensively, SMU is allowing 34 points and 443.7 yards per game. Mikial Onu leads the SMU Mustangs with 24 tackles, Kyran Mitchell has three sacks and Jordan Wyatt has one interception.

This game is sure to be an offensive shootout, as both of these teams are capable of lighting up the scoreboard, but they've also had trouble at times getting off the field defensively. The over may be worth a look when a line is released. As for picking a winner, it's likely going to be the team that has the ball last. I'm going with SMU because they're at home and they have the better ground game, which allows them to control the pace and eat click when needed in the second half. However, I must say you're in for an emotional ride if you bet this game, as it's likely going to be a back and forth contest for 60 minutes. I still give SMU the edge.