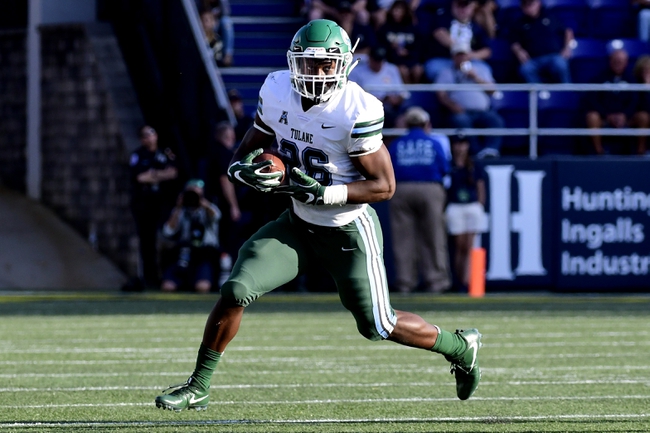 The Tulane Green Wave need a nice victory here to get back to a .500 record. The Tulane Green Wave have lost four of their last six home games. Jonathan Banks is completing 65 percent of his passes for 198 yards, three touchdowns and zero interceptions. Banks and Johnathan Brantley have combined for 299 passing yards this season. Terren Encalade and Dontrell Hilliard have combined for 188 receiving yards and two touchdowns while Darnell Mooney has four receptions. The Tulane Green Wave ground game is averaging 241.3 yards per contest, and Hilliard leads the way with 208 yards and two touchdowns. Defensively, Tulane is allowing 31 points and 394 yards per game. Rae Juan Marbley leads the Tulane Green Wave with 20 tackles, Luke Jackson has 3.5 sacks and Parry Nickerson has one interception.

I know Army a run-first team like the rest of the naval academies, but the Black Knights have zero passing game, making life so much easier for the opposing defense. You have to be able to complete a pass once a while to keep a defense honest, and Army simply hasn't been able to do that in three games. Tulane has lost it's last two games, but it lost to Navy by just two points on the road and managed to get 20 first downs against Oklahoma. The fact the Green Wave already played Navy and it's triple option should help them here. It's easier to defend an offense if you saw it already. This is a game where Tulane should win by at least a touchdown.