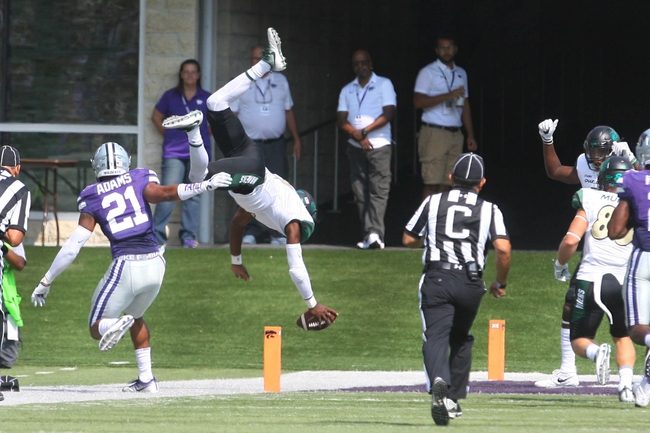 The Charlotte 49ers head to the Sunshine State to take the field with the FIU Golden Panthers in week five college football action.

The Charlotte 49ers will be searching for their first win of the year when the team visits the Florida International Golden Panthers in week five. The 49ers come off of a 28-0 defeat at the hands of the visiting Georgia State Panthers on Saturday as a one point favorite. Charlotte never found their offense as they were outgained 369-273 with 19 minutes of possession and three turnovers. I thought that the 49ers would be able to establish some ability to run the ball but Ben LeMay was the only runner of consequence with 79 yards on 20 carries and that wasn’t enough to move the chains. The offense turned to the passing of Hassan Klugh and his 16-29 performance for 179 yards also wasn’t enough and his pair of interceptions put Charlotte behind the eight ball. Mark Quattlebaum was the 49ers top offensive player with six receptions for 91 yards but he was a lone threat. The special teams saw Georgia State  return a missed field goal for six so a winnable defensive effort went for naught.

The  Florida International Golden Panthers host the Charlotte 49ers in CUSA  college football in week five. The Golden Panthers have won consecutive contests following a 13-7 road victory at the Rice Owls on Saturday. FIU hasn’t been consistent on the offensive side of the football and was not against the Owls with a 271-248 yardage edge which says the defense did most of the heavy lifting. Alex Gardner gave the Florida International rushing attack some production with 80 yards on 17 carries but options were non existent otherwise. The Golden Panthers passing attack was of the short variety with Alex McGough connecting on 17-28 for 172 yards and a touchdown and an interception with Tony Gaiter IV grabbing four balls for 54 yards. Kicker Jose Borreagles was the Golden Panthers MVP with two field goals and an extra points accounting for seven points.

I absolutely hate laying the chalk with this Florida International offense but I don’t know if there is any other choice in all honesty. If FIU doesn’t cover I’d be extremely disappointed if I were a fan…