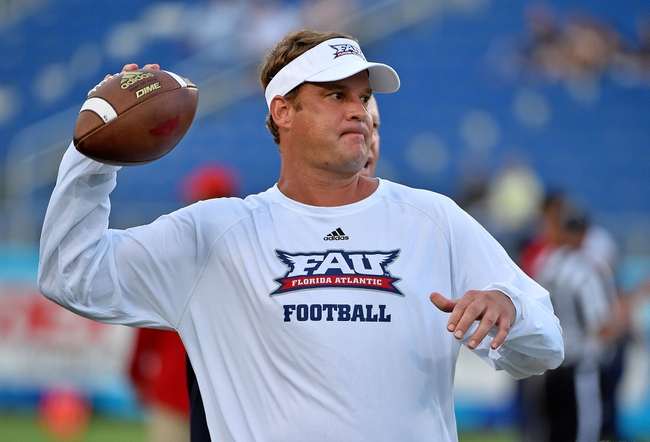 The Middle Tennessee Blue Raiders will travel to FAU Football Stadium to take on the FAU Owls this Saturday night in College Football action.

Middle Tennessee is dealing with a bunch of injuries at the moment and we currently don’t know the status of QB Brent Stockstill, WR Richie James, and RB Shane Tucker. It was interesting watching the Blue Raiders recent victory over Bowling Green as their offense looked like a completely different team then what we’ve come to expect from Middle Tennessee. FAU has had a slow start under Lane Kiffin however, the Owls did play Wisconsin tougher than expected on the road earlier this season and was a play or two away from taking a home a victory against Buffalo. This game probably won’t be lined until we know whether Brent Stockstill and Richie James will play, and my thoughts are that if they are playing I’m going with Middle Tennessee and if not, I’m probably just going to stay away from this one. Please check back later for an update when/if the line is posted.