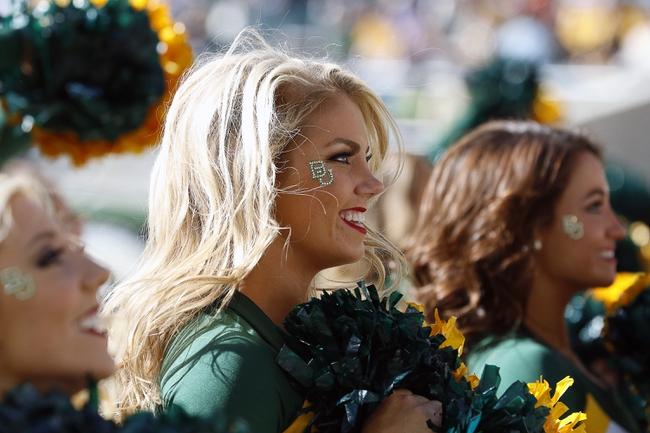 On Saturday from Bill Snyder Family Stadium in Manhattan, the Baylor Bears and the Kansas State Wildcats will be meeting up in college football activity.

Baylor is skidding this year at 0-4 so far. The Bears have recorded losses to Liberty, UTSA, Duke and Oklahoma (but only lost by eight points in that one). In the Sooners game, Baylor QB Zach Smith went 33-of-50 for 463 yards and four touchdowns, three of them to Denzel Mims, who had 11 receptions for 192 yards.

On the season so far, Smith has 742 yards, seven scores and four picks, while John Lovett leads the Bears in rushing on 226 yards and two touchdowns. Mims is the top receiver for Baylor with his 18 receptions for 406 yards and five scores.

Over on the Kansas State side, they’re 2-1 so far with wins over Central Arkansas and Charlotte and a 14-7 loss to Vanderbilt their last time out. In that game, Wildcats QB Jesse Ertz went just 10-of-28 for 76 yards and two picks, but did lead the team in rushing on 24 carries and 126 yards.

Through three games, Ertz has 587 yards, four touchdowns and two picks, and he also leads Kansas State on the ground with 237 yards and two scores on 44 carries. Byron Pringle is tops in the Wildcats’ receiving game on six catches for 146 yards and a score.

Baylor can get their passing game rolling every once in a while, but Mims and Chris Platt are doing the lion’s share of the work statistically. The Bears’ running game leaves a little to be desired, however, as Lovett is averaging 4.2 yards per carry. As for Kansas State, they’re kind of a mess offensively outside of Ertz’s feet, and don’t have much of a passing game going (just one Wildcat has more than six catches). I like Baylor to bag a strong cover here.