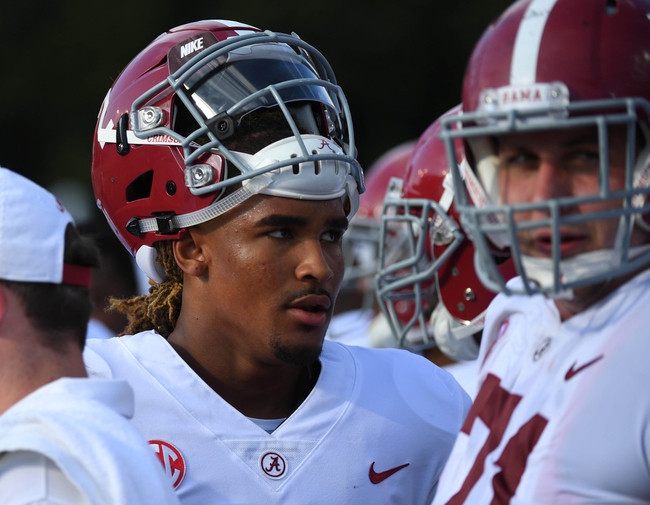 The Ole Miss Rebels look for a statement victory to build on their 2-1 start to the CFB season. The Ole Miss Rebels have lost six of their last nine road games. Shea Patterson is completing 70.5 percent of his passes for 1,281 yards, 11 touchdowns and four interceptions. Patterson has two or more touchdown passes in all six games of his career. A.J. Brown and DaMarkus Lodge have combined for 673 receiving yards and eight touchdowns while D.K. Metcalf has 16 receptions. The Ole Miss Rebels ground game is averaging 69.6 yards per contest, and Jordan Wilkins leads the way with 103 yards and one touchdown. Defensively, Ole Miss is allowing 25.7 points and 369 yards per game. DeMarquis Gates leads the Ole Miss Rebels with 25 tackles, A.J. Moore has one sack and C.J. Moore has two interceptions.

It's no secret that Ole Miss has won two of the last three meetings against Alabama, and last years loss was only by five points. The Rebels are also the last team to beat the Crimson Tide at home. And while this Ole Miss team may not be as consistent or deep as those squads, the Rebels can still put points on the board and have a defense that can get off the field and is allowing teams to convert just 31.1 percent on third down attempts. Alabama has blown the doors off its last three games, but Ole Miss is better than Fresno State and those other creampuff teams. I'm not saying the Rebels will have a chance to win or Alabama won't win by double digits, but we're getting four free touchdowns with a team that can move the football and is decent enough defensively. I'll take my points here.