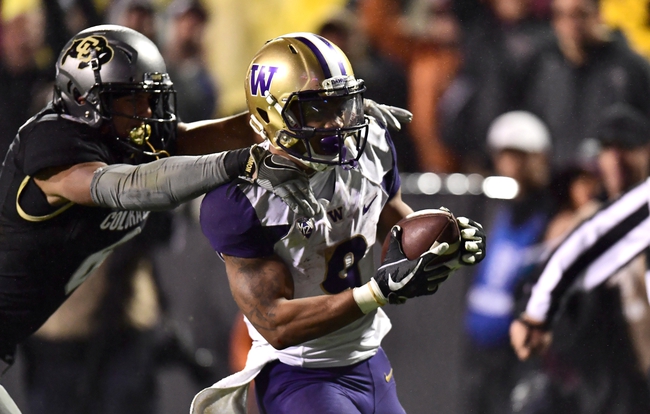 The 7th ranked Washington Huskies will travel to Reser Stadium to take on the Oregon State Beavers this Saturday night in College Football action.

With USC not looking as dominant as expected early in the season, Washington currently looks like the team to beat in the Pac-12 as the Huskies can get it done on both sides of the ball as they currently rank 11th in scoring offense and 10th in scoring defense. Oregon State has really struggled this season and although their offense does have a few weapons that can put up points, their defense had been awful as the Beavers currently rank 127th (out of 130) in scoring defense. I have yet to pick Oregon State this season and so far this season and it’s not going to start against Washington. Take the Huskies to cover this large spread on the road.