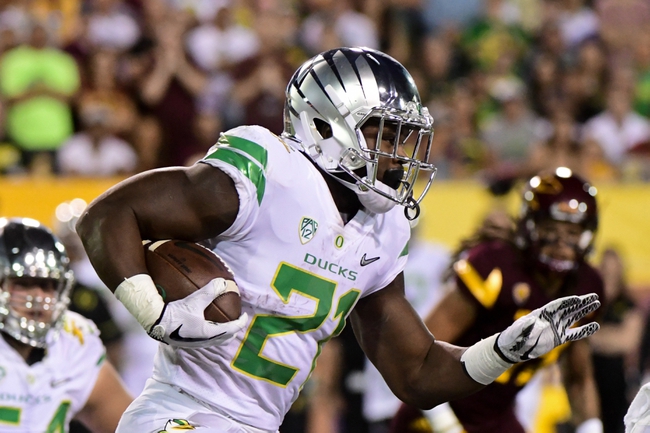 The California Golden Bears will travel to Autzen Stadium to take on the 24th ranked Oregon Ducks this Saturday night in College Football action.

California surprised most of the country after starting the season 3-0 with wins against UNC and Mississippi and although they couldn’t pull out a victory of the Trojans, the Golden Bears were very competitive and gave the Trojans more of a game than they expected. Oregon still comes into this game with the top-rated scoring offense and 7th ranked total offense in the country, however, will be looking to put together a better performance on the offense end after somewhat struggling against an Arizona State defense that has struggled to keep opponents of the scoreboard. California has played great this season, however, turnovers have been a major issue, and between the fact that I think the Oregon offense will get back on track and that the Ducks defense will give Ross Bowers some problems with pressure, I’m taking Oregon to cover this spread at home. Take Oregon to cover.