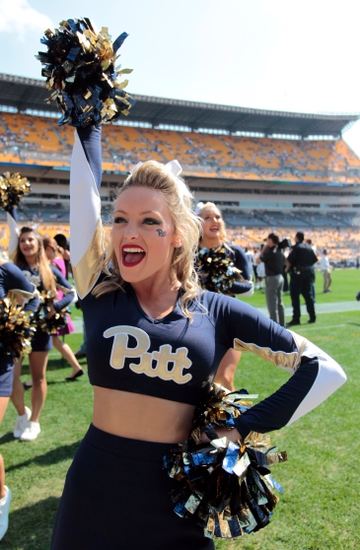 Over at Heinz Field on Saturday, the Rice Owls and the Pittsburgh Panthers will be facing off in Week 5 college football action.

Rice enters this game with a 1-3 record so far. The Owls recorded a victory over UTEP on September 9, but otherwise have dropped games against Stanford, Houston and FIU. In that FIU game, Rice QB Jackson Tyner went 15-of-26 for 131 yards and a pick, while Samuel Stewart posted 11 carries for 35 yards to lead the rush.

On the year, Tyner has 241 yards with zero touchdowns and the interception, while Stewart leads the Owls with 191 yards on 44 carries. Aaron Cephus is Rice’s top receiver with seven catches for 133 yards and a TD.

Over on the Pittsburgh side, they’re 1-3 as well, beating Youngstown State (OT) in the opener and falling to Penn State, Oklahoma State and Georgia Tech. In that Yellow Jackets game, Pitt QB Ben Dinucci had 110 yards and a TD on 12-of-19 passing, while Aaron Mathews was the top receiver with 50 yards on three catches.

So far this season, Max Browne leads the Panthers on 426 passing yards, one TD and two picks. Qadree Ollison is the top Pittsburgh rusher with 51 carries for 204 yards and two scores; Rafael Araujo-Lopes is the lead receiver on 14 catches, 163 yards and one TD.

If you’re not a big fan of either team here, this game will be somewhat painful to watch. There’s bound to be plenty of bad football going on here, but the good news is that someone has to win and will go to 2-3. Overall, Pittsburgh probably has more talent on the field than Rice does, but the Panthers really need to work things out—especially on offense. All things considered, with the line so thick I’ll take Rice to cover in an ugly game.