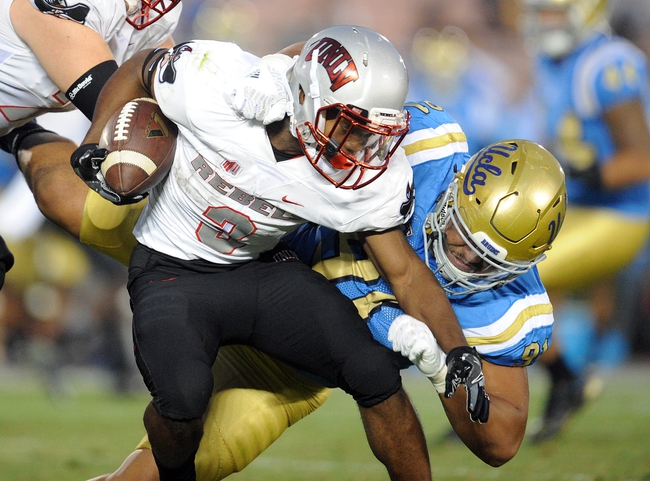 The San Jose State Spartans will travel to Sam Boyd Stadium to take on the UNLV Rebels this Saturday night in College Football action.

Outside of their game against the Cal Poly Mustangs, San Jose State hasn’t been able to get anything going on either side the ball as the they’ve lost their other four matchups by a combined score of 213 – 48. UNLV had a tough start to their season after being upset by the FCS Howard Bison, however, rebounded nicely with a convincing win over a decent Idaho Vandals team before being overmatched by the Ohio State Buckeyes. UNLV comes into this matchup with the 8th ranked rushing offense which should have plenty of room to run against the Spartans rush defense that ranked 126th in the country. UNLV has some talent on their roster this season and I just don’t see San Jose State being able to do anything to stop the Rebels offense in this one, I think UNLV will have no problem covering this spread. Take UNLV to cover.