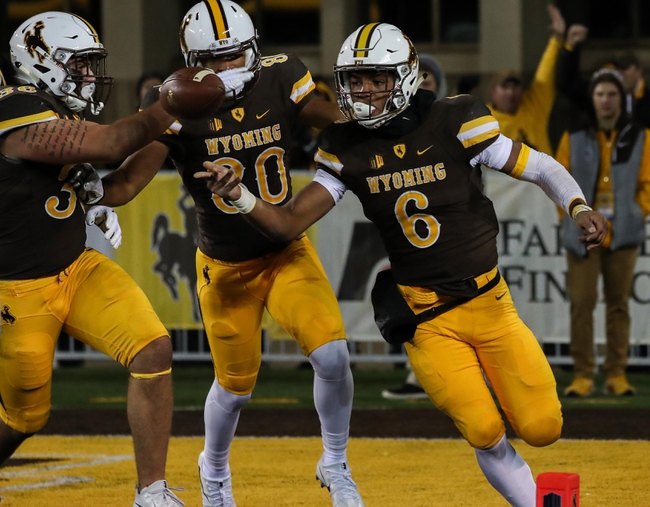 The Texas State Bobcats are looking to snap a three game slide when they go on the road to face the Wyoming Cowboys. The Bobcats dropped to 1-3 on the season following a 44-14 defeat to the Texas-San Antonio Roadrunners on Saturday as a two touchdown home dog. The Bobcats had problems on both sides of the football as the team was outgained 569-198 and had no running game to lean on while the Roadrunners averaged nearly eight yards per carry. Texas State desperately needed a viable running game to milk the clock and move the chains a bit but Anthony Smith and his four carry, 21 yard effort topped seven other runners. Damian Williams struggled to give the Bobcats something through the air as well with a 9-24 effort resulting in 156 yards and a touchdown  with Gabe Schrade and Mason Hays catching two balls apiece for a combined 96 yards.

The Wyoming Cowboys will be looking for back to back victories when the Texas State Bobcats come to town for week five college football. The Cowboys opened their conference slate on a positive note in a 28-21, overtime win versus the visiting Hawaii Warriors as a five point favorite. The Warriors might have let one get away as the owned a 450-269 yardage edge and dominated time of possession with 39+ minutes but also threw a pair of costly interceptions. Wyoming quarterback Josh Allen struggled for the most part as he hit on 9-19 throws for 92 yards but came up big in OT with a 25 yard scoring strike to James Price. Trey Woods powered the Cowboys on the ground with 135 yards on 15 carries including a 34 scoring burst in the first quarter. The Wyoming special teams really helped to bail out a sagging offense when Tyler Hall returned a third quarter kickoff 97 yards for a touchdown.