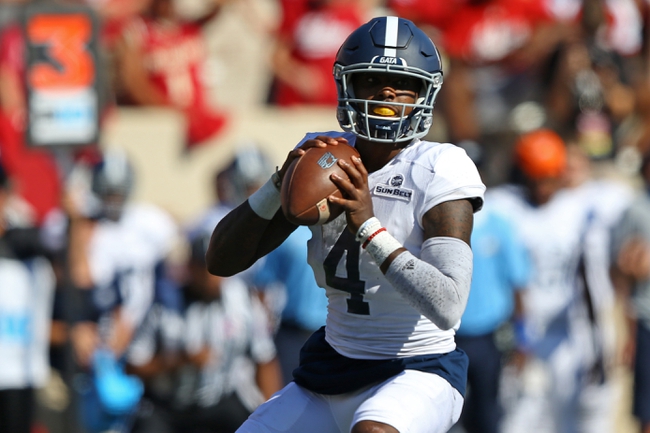 There's always value with home dogs in the middle of the week, as the crowd usually shows up and weird things happen. This should be an easier game for Georgia Southern considering its had a rough schedule that included Auburn and Indiana, but the Eagles struggle big time to put points on the board, as they even dropped just 12 points against New Hampshire. On the flipside, Arkansas State's only victory came against Arkansas-Pine Bluff and was just beat up by SMU. The Red Wolves are 105th in yards allowed per game and that has to give the Eagles confidence that this is a game they can finally have some success on offense. If I had to pick this game, I'd take the free touchdown as more of a fade from Arkansas State, as I don't trust teams that can't get stops.