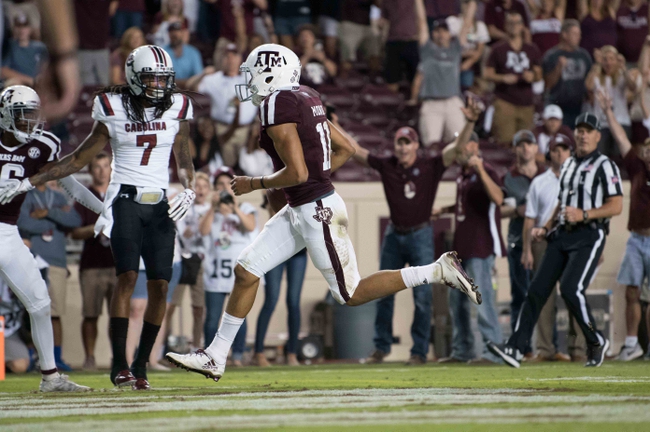 Alabama is starting to find its groove after steamrolling its last two games, but this feels like a lot of points to be laying on the table. Texas A&M isn't Vanderbilt or Colorado State, as there's elite talent on the offensive side of the ball and Mond is slowly getting his consistency down. Texas A&M will be able to have some success with the speed and playmakers, and let's not forget that the Aggies should be undefeated as well after blowing an insane second half lead against UCLA. Kyle Field is also one of the louder and tougher places to play in the country, and the Aggies have had a lot of success there over the recent years. This is treating the Aggies like they're some out of conference team the Tide should bury, and I have a little more respect than that. I'll take my free touchdowns.