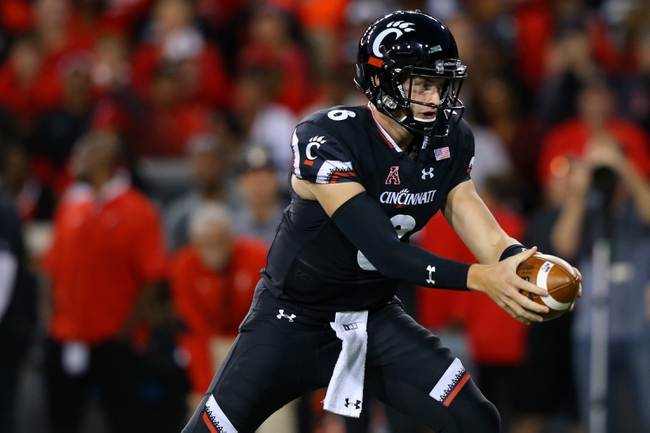 The UCF Knights look for their second road victory to build on their impressive 4-0 start to the CFB season. The UCF Knights have split their last eight road games. McKenzie Milton is completing 64.6 percent of his passes for 791 yards, eight touchdowns and two interceptions. Milton has moved the chains through the air 28 times this season. Tre'Quan Smith and Dredrick Snelson have combined for 311 receiving yards and four touchdowns while Jordan Akins has four receptions. The UCF Knights ground game is averaging 249.3 yards per contest, and Adrian Killins, Jr. leads the way with 192 yards and two touchdowns. Defensively, Central Florida is allowing 13.3 points and 309.3 yards per game. Pat Jasinski leads the UCF Knights with 19 tackles, Jamiyus Pittman has two sacks and Mike Hughes has two interceptions.

UCF beat Cincinnati by 21 points last year, and I think it's safe to say that this years Knights are a better team than they were a year ago. UCF has a wonderful combination of offense and defense, and it has to be the early favorite to win the AAC this season with the way its played up to this point. The Bearcats have had issues getting off the field when they play decent teams, and their offense has turned the ball over eight times. Cincinnti simply hasn't shown enough that it's capable of putting up a fight against a hot and balanced squad such as the UCF Knights. Give me the road team in a blowout.