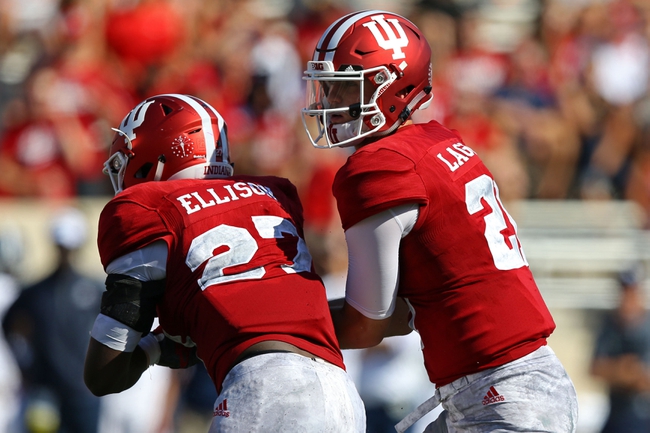 The Indiana Hoosiers look for a feel good victory here to get a game above a .500 record. The Indiana Hoosiers have split their last eight home games. Richard Lagow is completing 56.3 percent of his passes for 661 yards, four touchdowns and three interceptions. Lagow and Peyton Ramsey have combined for eight touchdown passes this season. Simmie Cobbs Jr. and Ian Thomas have combined for 526 receiving yards and six touchdowns while Donavan Hale has seven receptions. The Indiana Hoosiers ground game is averaging 146.7 yards per contest, and Morgan Ellison leads the way with 310 yards and two touchdowns. Defensively, Indiana is allowing 32 points and 413.8 yards per game. Tegray Scales leads the Indiana Hoosiers with 37 tackles, Allen Stallings IV has two sacks and Jonathan Crawford has one interception.

There's no doubt Indiana will have little trouble in this game, but I'm not laying 30 points with the Hoosiers. One, Charleston Southern has shown it has the ability to put points on the board and already played at Miss State this year, so the Bucs won't exactly be afraid of the bright lights. Also, Indiana has Michigan last week, so I doubt this game will be treated as a lookahead while the Hoosiers main goal is to win, get out and stay healthy. I'll side with the over in this spot based on both offenses ability to score. The Hoosiers are due for a breakout offensive game.