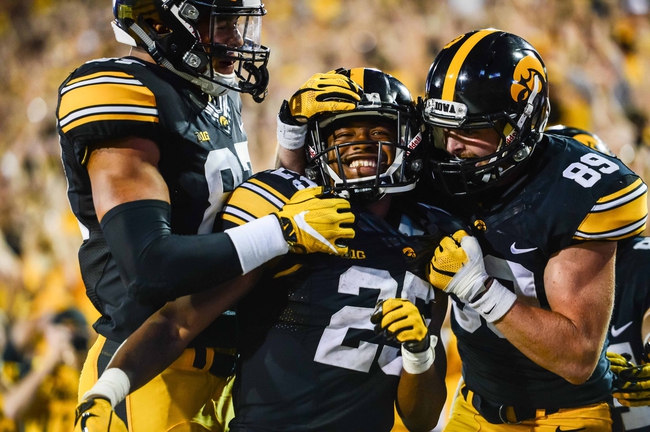 The Iowa Hawkeyes also look to rebound from back-to-back losses to build on their 3-2 record. The Iowa Hawkeyes have split their last eight home games. Nate Stanley is completing 58.8 percent of his passes for 1,043 yards, 12 touchdowns and one interception. Stanley has two or more touchdown passes in four of his last five games. Akrum Wadley and Nick Easley have combined for 466 receiving yards and five touchdowns while Matt VandeBerg has 13 receptions. The Iowa Hawkeyes ground game is averaging 128.2 yards per contest, and Akrum Wadley leads the way with 368 yards and three touchdowns. Defensively, Iowa is allowing 19.2 points and 376.8 yards per game. Josey Jewell leads the Iowa Hawkeyes with 60 tackles, Anthony Nelson has four sacks and Joshua Jackson has two interceptions.

Illinois has shown four games in that the offense is really handicapped with limited quarterback play, as it allows defenses to stack the box and force three and outs. The Fighting Illini have scored a combined 29 points in their last two games and have topped 100 rushing yards just once this season. Iowa has had its struggles the last two weeks as well, but those games came against Penn State and a road game against Michigan State. The Hawkeyes were in both games until the end and flexed their muscle defensively. We can't say the same for Illinois. Look for Iowa to shutdown the Fighting Illini on the defensive side, creating chances for their offense. I like the Iowa Hawkeyes by double digits in this game. Illinois has done very little this season to be worthy of a shot in this spot.