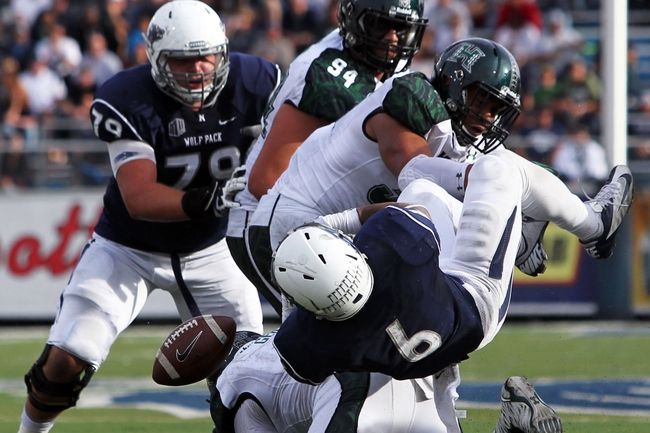 The Hawaii Warriors need a road win at the Nevada Wolf Pack to keep their season from getting away. Hawaii dropped their third straight in a 51-21 defeat at the hands of visiting Colorado State on Saturday night as a touchdown underdog. The Rams jumped to a 31-7 lead at the half behind 610 yards of offense and were never challenged despite the Warriors racking up an impressive 512 yards. Hawaii did move the chains but couldn’t find the endzone enough and couldn’t run the ball as often given the score. Diocemy Saint Juste gave the UH rushing attack 97 yards and a touchdown on 18 carries while Ryan Tuiasoa ripped off a 49 yard run. The Warriors threw with great success with quarterback Dru Brown completing 31-47 for 362 yards and a pair of touchdowns with Dylan Collie and  Ammon Collie combining for 13 catches for 193 yards.

The Nevada Wolf Pack are hoping to break in to the win column for the first time in 2017 when the Hawaii Warriors come to town. Nevada struggled on both sides of the football in a 41-21 loss to the visiting Fresno State Bulldogs on Saturday that dropped their record to 0-5. The Wolf Pack fell behind 31-0 and were never able to fully recover as they were outgained 504-314 with both squads giving the ball away three times. The Bulldogs were able to do a bit of everything but Nevada couldn’t and didn’t run the ball with Kelton Moore and Blake Wright combining for 48 yards on eight touches being the best on the ground. Ty Gangi gave the Wolf Pack production through the air on 31-48 for 252 yards and a pair of touchdowns but three interceptions including a pick six really  hurt. Wyatt Demps topped Nevada with ten catches for 96 yards and a TD.