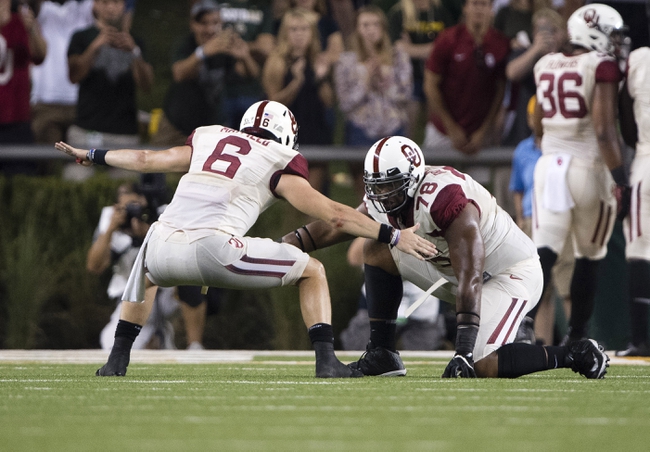 Iowa State is a good enough football team to hang around, and the Cyclones showed that by taking Iowa to overtime and only losing to Texas by 10 points despite doing nothing offensively. Iowa State also lost to Oklahoma by just 10 points last season, so there's reasons to consider the points. However, Oklahoma has proven to be a machine at home this season, averaging 56 points and 653 yards of offense. The defense is also more physical up front than what the Longhorns have to offer, a defense that simply shut the Cyclones down last Thursday. The Sooners have scored a combined 105 points in their last two games and have a quarterback who is a real threat to win the Heisman. If Iowa State can't move the football with consistency, this game is sure to get ugly. I'll take Oklahoma by four touchdowns.