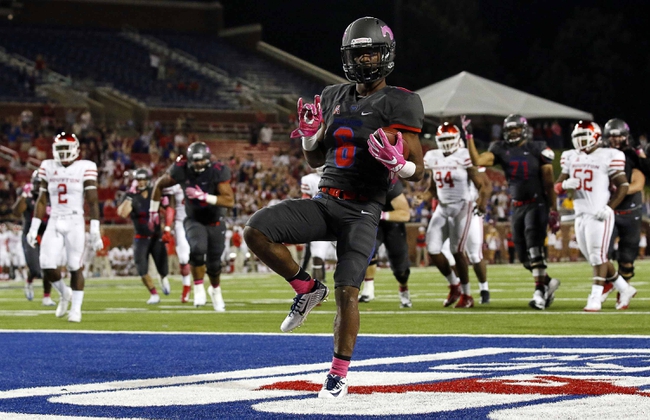 The SMU Mustangs look for their first road victory of the season to build on their impressive 4-1 record. The SMU Mustangs have lost nine of their last 12 road games. Ben Hicks is completing 54.3 percent of his passes for 1,275 yards, 14 touchdowns and three interceptions. Hicks has two or more touchdown passes in eight straight games. Trey Quinn and Courtland Sutton have combined for 760 receiving yards and 11 touchdowns while James Proche has 12 receptions. The SMU Mustangs ground game is averaging 199 yards per contest, and Xavier Jones leads the way with 368 yards and three touchdowns. Defensively, SMU is allowing 30.2 points and 431.6 yards per game. Mikial Onu leads the SMU Mustangs with 38 tackles, Justin Lawler has six sacks and Jordan Wyatt has two interceptions.

The Houston Cougars also look for a nice conference victory to build on their 3-1 record. The Houston Cougars have won seven of their last eight home games. Kyle Allen is completing 76.9 percent of his passes for 751 yards, four touchdowns and four interceptions. Allen and Kyle Postma have combined for six touchdown passes this season. Linell Bonner and Steven Dunbar have combined for 590 receiving yards and three touchdowns while Keith Corbin has five receptions. The Houston Cougars ground game is averaging 140 yards per contest, and Duke Catalon leads the way with 182 yards and one touchdown. Defensively, Houston is allowing 14.8 points and 364.5 yards per game. Matthew Adams leads the Houston Cougars with 43 tackles, Emeke Egbule has two sacks and Garrett Davis has three interceptions.

SMU has had little to no road success the last few years and was rocked in its only road game of the season by TCU, 56-36. Houston struggled with a bad Temple team last week, which is concerning, but for the most part the Cougars have been rock solid and have a defense that's sure to give the Mustangs trouble. Houston is also probably looking forward to this game after losing last years meeting despite being 23.5-point favorites. I just don't trust SMU on the road and the gap between defenses is quite large. I'll take the Cougars by a touchdown.