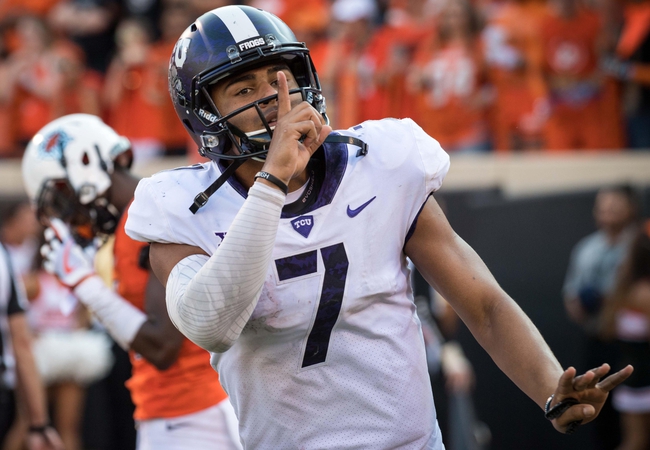 The TCU Horned Frogs can start 5-0 for the second time in three years with a victory here. The TCU Horned Frogs have lost five of their last eight home games. Kenny Hill is completing 72.6 percent of his passes for 965 yards, nine touchdowns and three interceptions. Hill and Shawn Robinson have combined for 11 touchdown passes this season. Desmon White and Jalen Reagor have combined for 302 receiving yards and three touchdowns while KaVontae Turpin has 14 receptions. The TCU Horned Frogs ground game is averaging 232.2 yards per contest, and Darius Anderson leads the way with 422 yards and six touchdowns. Defensively, TCU is allowing 18.5 points and 323.5 yards per game. Travin Howard leads the TCU Horned Frogs with 26 tackles, Ben Banogu has three sacks and Ranthony Texada has one interception.

TCU has won every game this season by double digits, and that includes road victories over Arkansas and Oklahoma State. West Virginia has been on a roll as well, but its wins have come against East Carolina, Delaware State and Kansas, some of the worst defensive teams in the country. The one test for the Mountaineers this season was a loss opening weekend against Virginia Tech. While we've made a lot of money backing WVU over the years, I'm not sure they're ready for a game like this on the road, as TCU has shown it's one of the more balanced and explosive teams in the Big 12. This is the first real test of the season for West Virginia given it's a true road game. I have more confidence in the Horned Frogs to get the job done.