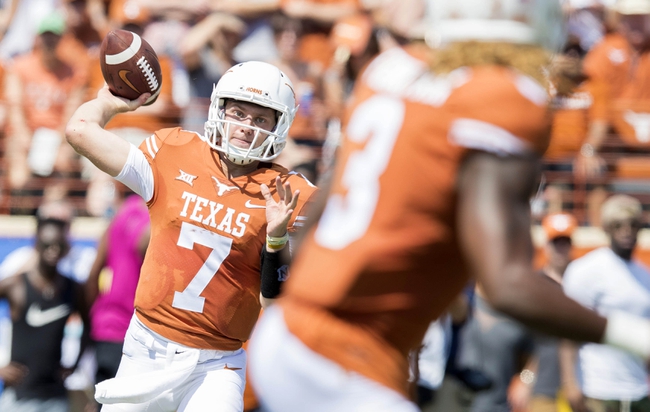 The Texas Longhorns look to win back-to-back games for the first time to get a game above a .500 record. The Texas Longhorns have won five of their last eight home games. Shane Buechele is completing 67.9 percent of his passes for 546 yards, three touchdowns and two interceptions. Buechele and Sam Ehlinger have combined for six touchdown passes this season. Collin Johnson and Armanti Foreman have combined for 551 receiving yards and four touchdowns while Reggie Hemphill-Mapps has 13 receptions. The Texas Longhorns ground game is averaging 178.2 yards per contest, and Chris Warren III leads the way with 256 yards and three touchdowns. Defensively, Texas is allowing 21.3 points and 344.3 yards per game. Malik Jefferson leads the Texas Longhorns with 33 tackles, Charles Omenihu has two sacks and DeShon Elliott has four interceptions.

There are few coaches I respect more than Bill Snyder, as he always has his teams prepared and gives them a chance to win regardless of the matchup. It's why I take Kansas State and the points whenever I can, and I'm going to do the same here. Kansas State is a top-25 defense in the country and has allowed 21 or less points in seven of its last eight games. The offense has also had success this season, as Ertz is a true playmaker at quarterback and can cause problems for this Texas defense. The Longhorns are improving defensively and showing signs of taking steps forward, but nine of their last 10 games have either resulted in a loss or a victory by 10 or less points. Not to mention Kansas State has won seven of the last nine meetings against Texas. I'll side with the points here.