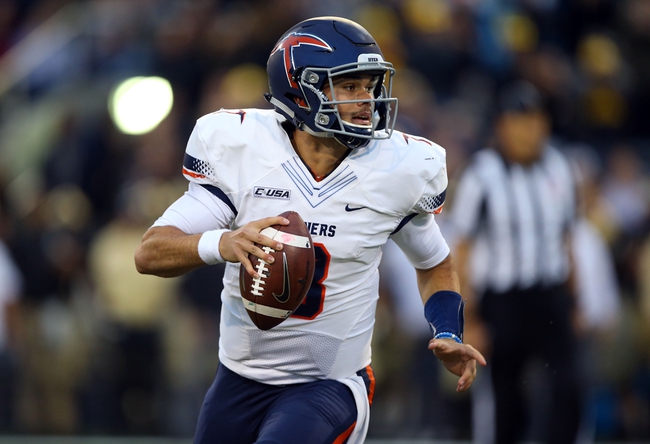 We have some Conference USA action on the gridiron on Saturday, as the Western Kentucky HIlltoppers face off against the UTEP Miners in week 6 college football action.

The Western Kentucky Hilltoppers will look for their first conference win and to get back above .500 after a 33-21 win over Ball State in their last outing evened up their record at 2-2 this season. Mike White completed 28 of his 44 pass attempts for 319 yards, a touchdown and 2 interceptions. Jakairi Moses led the Hilltoppers with 56 yards and a rushing TD on 12 carries, while Marquez Trigg added a TD of his own, turning his 10 carries into 27 yards and a score. Xavier Lane led WKU with 86 receiving yards, while Lucky Jackson added a team-high 7 receptions and Deon Yelder chipped in the team’s lone receiving TD in the win. Defensively, Western Kentucky combined for a sack, a fumble recovery and a pair of interceptions, including a 34-yard pick-six from Joe Brown late in the 4th to seal the victory for Western Kentucky.

The UTEP Miners will be searching for their first win of the season after a 35-21 loss to Rice dropped their record to 0-5 this season. Zack Greenlee completed 7 of 13 pass attempts for 88 yards and a touchdown, while Quardraiz Wadley led the Miners with 28 carries for 156 rushing yards and a touchdown. Tyler Batson hauled in a team-high 5 balls for 80 yards, while David Lucero chipped in 3 catches and the team’s lone receiving TD in the losing effort. Kahani Smith’s 52-yard pick-six late in the 4th was the lone defensive highlight for UTEP, as Army racked up 433 yards of total offense, including 353 yards on the ground.

Western Kentucky is the better team here, and UTEP has lost each game this season by at least 14 points. However, this is a lot of points to lay with a Hilltoppers squad that has yet to cover a spread this season, going 0-4 ATS. UTEP may not be winning but they at least have a cover under their belt this season. I’m not saying the Miners win this game, but they can at least keep it within a couple of touchdowns, so I’ll take the points with UTEP here.