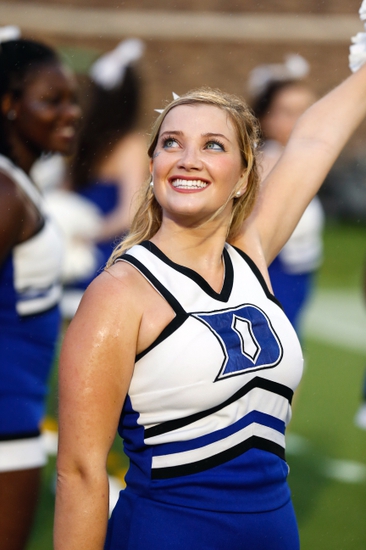 Down at Scott Stadium on Saturday, the Duke Blue Devils and the Virginia Cavaliers will be locking horns in college football action.

Duke has been playing well pretty this year, and they’re sitting at 4-1 overall. The Blue Devils rattled off four straight wins to open the season, beating NC Central, Northwestern, Baylor and North Carolina, but lost big to Miami in their last outing 31-6. In that Hurricanes game, Duke QB Daniel Jones went 21-of-41 for 166 yards and a pick, while Shaun Wilson led the rush on nine carries and 63 yards.

So far this season, Jones has 1070 yards, five scores and three picks, while Wilson is the Blue Devils’ lead rusher on 68 carries, 412 yards and five TDs. TJ Rahming is Duke’s top receiving threat with 26 catches for 275 yards.

Over on the Virginia side, they’re sitting at 3-1 so far. The Cavaliers lost to Indiana on September 9, but otherwise have beaten William & Mary, UConn and Boise State. In that Boise State game, Virginia QB Kurt Benkert posted a 19-of-29 line for 273 yards and three scores, with Andre Levrone being the main beneficiary on five catches, 141 yards and two touchdowns.

On the year, Benkert has amassed 1249 yards, 10 touchdowns and one pick, while Jordan Ellis leads Virginia in rushing with 78 carries for 312 yards and five scores. Levrone is the Cavaliers’ top receiver with his 13 receptions, 348 yards and four touchdowns.

Virginia has a legitimate passing game this year behind Benkert, as Levrone, Olamide Zaccheaus, Doni Dowling and Evan Butts all have at least 12 catches and 100 yards. The rush has been something of an afterthought, but Ellis has been good enough to keep opposing defenses in the box. As for Duke, I was a lot higher on them before that Miami game, where they were dismantled on both sides of the ball. This will be the Cavaliers’ toughest test so far, but I think Virginia is a complete enough team to warrant a cover here.