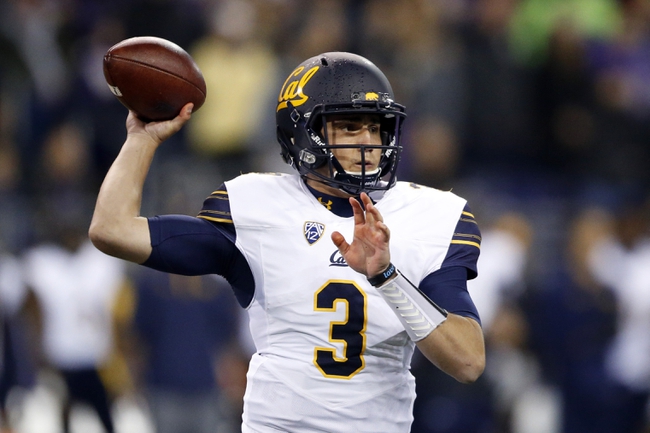 The Cal Golden Bears could use a feel good upset to snap a three-game losing streak and get a game above a .500 record. The Cal Golden Bears have won eight of their last 11 home games. Ross Bowers is completing 55.9 percent of his passes for 1,437 yards, nine touchdowns and eight interceptions. Bowers has a combined three touchdown passes in his last two games. Vic Wharton III and Kanawai Noa have combined for 770 receiving yards and four touchdowns while Jordan Veasy has 15 receptions. The Cal Golden Bears ground game is averaging 96.8 yards per contest, and Laird leads the way with 400 yards and four touchdowns. Defensively, Cal is allowing 29.8 points and 436.5 yards per game. Devante Downs leads the Cal Golden Bears with 60 tackles, Raymond Davison III has two sacks and Derron Brown has one interception.

I think Washington State has proven the past couple of weeks that it's the cream of the crop in the Pac-12 and is capable of winning big games. A victory over USC is always good and winning in Oregon, even though this is a down season, isn't easy. Falk is looking like a Heisman contender, the WSU defense has improved drastically and the Cougars actually have somewhat of a running game. Wash State is looking more and more like a legit playoff team. Cal has allowed a combined 113 points during its three-game losing streak and is coming off a game in which the offense was held to just seven points and 93 total yards. The Golden Bears were also blown out in last years meeting, 56-21. It's safe to say these Cougars are even better. I know weekday games at night can be tricky for the favorite, but it's time to start buying stock into Washington State. I'll take the Cougars in a blowout.