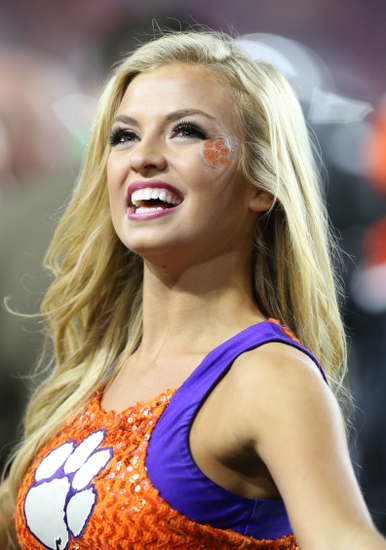 On Friday out at the Carrier Dome, we’ve got Week 7 college football action coming between the Clemson Tigers and the Syracuse Orange.

Clemson has been on a roll this year at 6-0, bagging victories over Kent State, Auburn, Louisville, Boston College, Virginia Tech and Wake Forest. In that Demon Deacons game, Clemson QB Kelly Bryant logged a 21-of-29 line for 200 yards, one TD and one pick, with most of the work going to Hunter Renfrow who had six grabs for 61 yards.

Over on the Syracuse side, they’re sitting at 3-3 on the year after losses to Middle Tennessee, LSU and NC State alongside wins over Central Connecticut State, Central Michigan and PIttsburgh. In that Pittsburgh game, Orange QB Eric Dungey went 33-of-49 for 365 yards and two scores, while Dontae Strickland led the rush on 25 carries and 80 yards.

On the year thus far, Dungey has 1802 yards with nine TDs and four picks, while also leading the rush in Syracuse with 325 yards and eight scores on 80 carries. The top Orange receiver is Steve Ishmael with 56 catches, 729 yards and three TDs.

Aside from that Auburn game (which seems like ages ago), no one has really gotten close to Clemson on the scoreboard. The Tigers’ last three games have finished 34-7, 31-17 and 28-14 thanks to some really nice defensive efforts. The bad news here is Bryant’s ankle, which was sprained in the Wake Forest game. As for Syracuse, they’ve allowed 35, 33 and 24 points in their last three games. If Bryant can take the field here I would imagine the Tigers will be taking it easy on him, as in letting the RBs handle the rushing load. This will likely turn into a defensive game. With the injury variables here it’s hard to pick Clemson to cover the spread, and I think the under has a good shot at coming in, too.