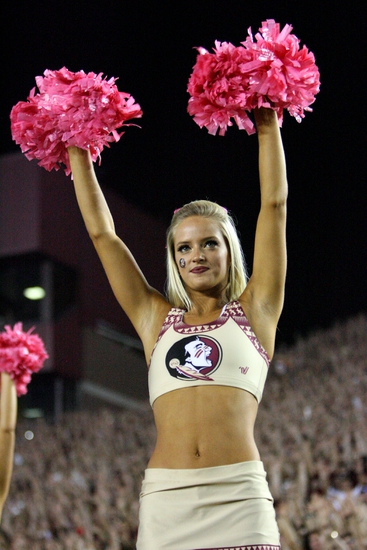 On Saturday out at Wallace Wade Stadium in Durham, the Florida State Seminoles and the Duke Blue Devils will be meeting up in ACC college football action.

Florida State sits at 1-3 so far following a loss to Alabama, a canceled game versus UL-Monroe, a loss to NC State, a win over Wake Forest and a loss to Miami (FL). In that Hurricanes game, Florida State QB James Blackman put up a 17-of-28 line for 203 yards, two scores and two picks, while Cam Akers led the rush on 20 carries for 121 yards.

So far this year, Blackman has put up 602 yards, four TDs and two picks, while Jacques Patrick sits atop the Seminoles rushers on 44 carries, 266 yards and one TD. Auden Tate is the leading receiver for Florida State so far with 16 catches, 282 yards and four touchdowns.

Over on the Duke side, they’re currently 4-2 following wins over NC Central, Northwestern, Baylor and North Carolina, then losses to Miami (FL) and Virginia. In that Virginia game, Blue Devils QB Daniel Jones had a rough day with 14-of-42 passing for 124 yards, one TD and two picks, while Brittain Brown was the leading rusher on 10 carries and 54 yards.

This season, Jones has put up 1194 yards, six scores and five picks, while Shaun Wilson has 75 carries, 440 yards and five touchdowns to lead the Blue Devils rush. TJ Rahming is the top Duke receiver through six games on 28 catches and 314 yards.

The Seminoles nearly pulled off the improbable against Miami, giving up their lead in the fourth quarter and falling 24-20. Florida State has been competitive over their last three games, putting up at least 20 points in each outing and falling by 10 combined points in their latest two losses. As for Duke, their offense was swallowed up by Miami but scored three touchdowns against Virginia (and lost 28-21). This should be a pretty fun matchup, and I expect a good battle on both sides. I was going to stick with Duke for the cover here, since they’re at home and have played pretty well at Wallace Wade so far, but something tells me Florida State isn’t going to play this one quietly. I’ll take the Seminoles.