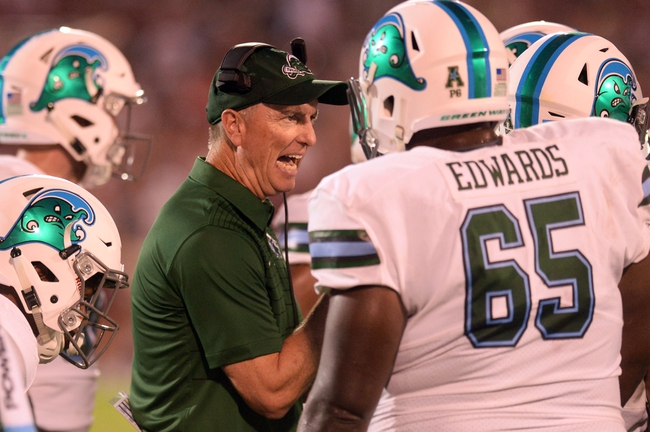 We’ve got a fun college football matchup coming on Saturday from FIU Stadium as the Tulane Green Wave take on the FIU Golden Panthers.

Tulane sits at 3-2 on the season thus far with a win over Grambling before two losses to Navy and Oklahoma, then two wins over Army and Tulsa. In that Tulsa game, Tulane QB Jonathan Banks put up 9-of-13 passing for 165 yards and a TD through the air, and 10 carries for 93 yards and a score on the ground.

On the year, Banks has put up 466 pass yards with four touchdowns, and Dontrell Hilliard leads the Tulane rush on 78 carries, 517 yards and seven touchdowns. Terran Encalade is the leading Green Wave receiver with his 15 catches for 218 yards and two touchdowns.

Over on the FIU side, they’re 3-2 as well with wins over Alcorn State, Rice and Charlotte alongside losses to UCF and Middle Tennessee (and a canceled game versus Indiana). In that Middle Tennessee game, FIU QB Alex McGough went 20-of-31 for 209 yards, a TD and a pick, while Alex Gardner led a meager rush on 10 carries for 42 yards.

So far this season, McGough has 1116 yards, four touchdowns and four interceptions, while Gardner is tops in the FIU running game on 306 yards and a TD from 72 carries. Leading the Panthers in receiving is Thomas Owens, who has 27 receptions, 462 yards and three scores.

If you take out Encalade, Tulane doesn’t have much of a passing game to speak of, as no other receiver has more than six catches or 90 yards on the year. The Green Wave don’t really need to pass, though, as they’re averaging 5.7 YPC as a team, and Hilliard is averaging 6.6. Conversely, FIU has the much better passing game but isn’t blowing anyone’s doors off on the ground (3.9 YPC as a team). Furthermore, the Panthers have failed to top 17 points in two of their last three games. I like Tulane to stay hot on the ground here and bag a cover.